On March 25th, the music video of Jim Carrey's song "Cold Dead Hand", so long awaited for fans, was launched at the website Funny or Die. And after only three days it reached over 2 million viewers.

But with every music note, a world of reactions took place and with every laugh there was also a cry. From the first day, gun enthusiasts took the video and song to heart and not in a positive way.

The wave of consternation and hate, filled websites with videos, articles and comments to attack Jim Carrey for his stand on gun-control. Jim Carrey's Official Facebook page has over 2.800 comments, along with Jim Carrey Online Facebook page who adds 1.000 more. Of all the haters reactions, the most outrageous of them all is "Fox News" who have a history of being biased and only follow their own agenda.

Jim Carrey was no blind to the controversy and facing his attackers, he shared a series of tweets and pictures: 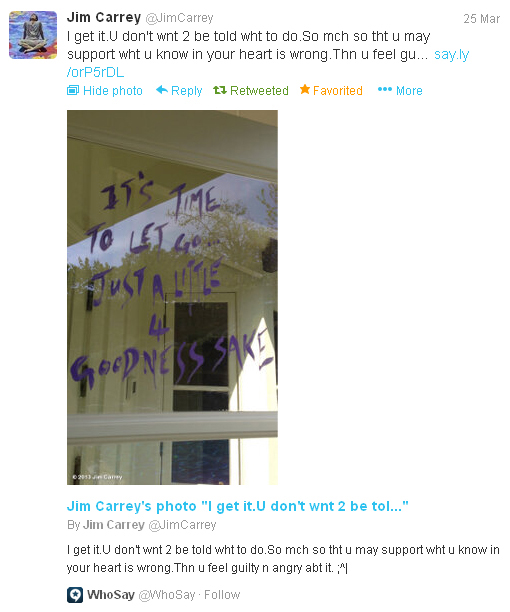 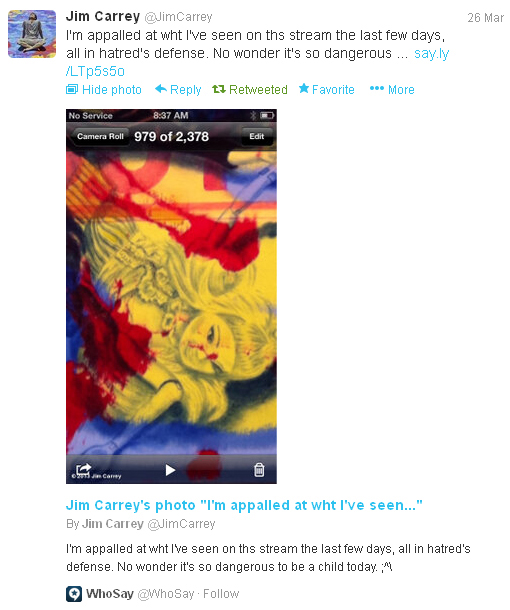 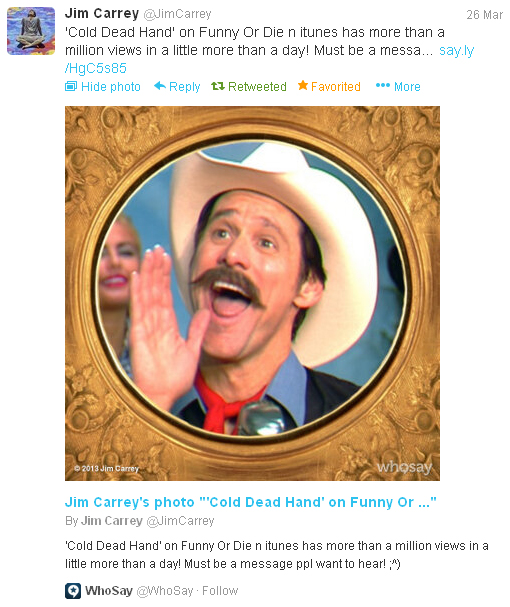 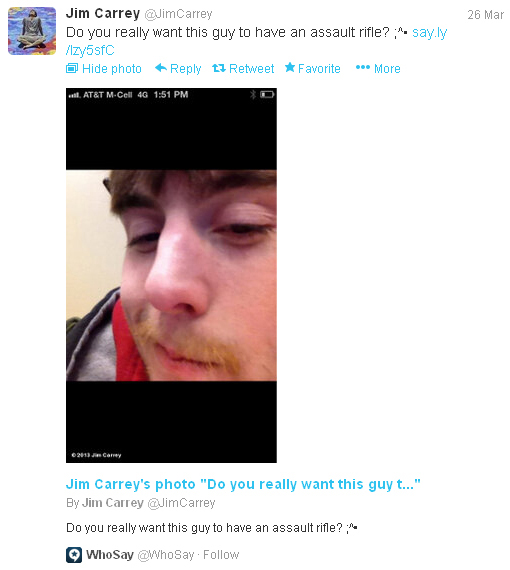 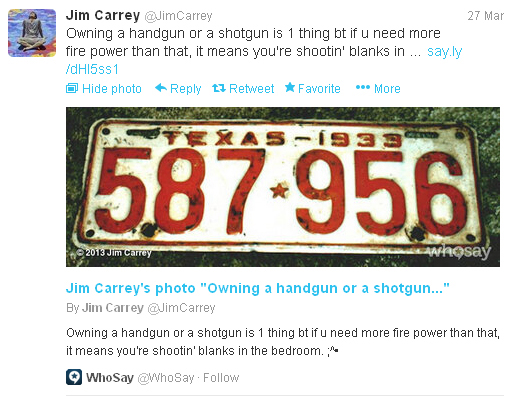 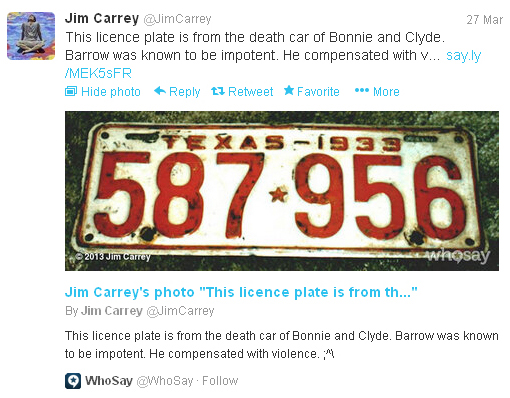 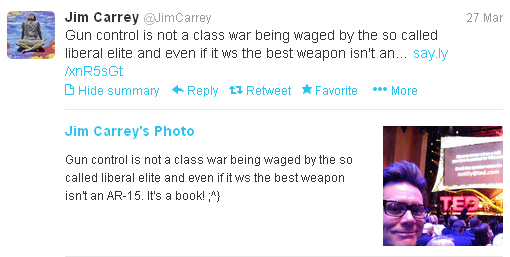 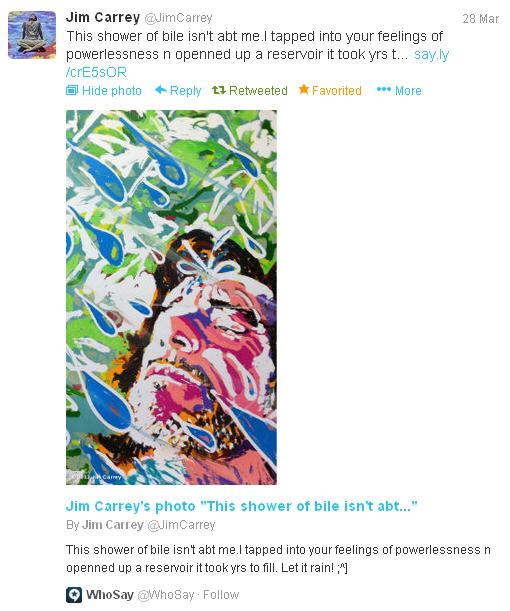 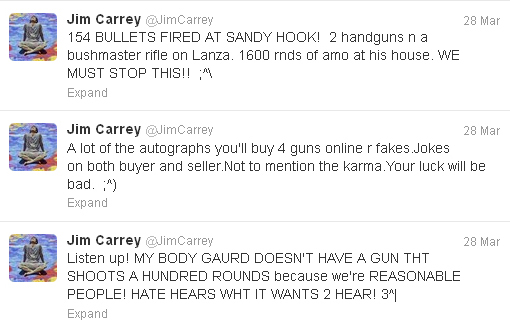 Being from Portugal didn't stop me from sharing my own personal opinion on the matter, who happens to be the same as Jim Carrey. I answered some comments and created my own in three of those social medias and even read most of them and I was surprised and shocked at some of the most extreme reactions who showed a lack of tolerance and compassion towards others.

While some people were able to give their opinion in a polite and even sweet way, others took to a new extreme of rudeness, taking personally what is nothing but a satire.

Instead of actually explaining their point of view, most of the people who commented decided to insult Jim and even the people who agreed with him, not only for having the same opinion but simply because we didn't have the same as theirs.

Jim Carrey, who has never hidden about his opinion of the use of large magazines and assault rifles and how we, for the sake of children and in the hope of no more massacres, should "let go for Goodness sake", has issued an official statement yesterday about all the controversy generated by his song:

Jim Carrey Statement:
"Since I released my "Cold Dead Hand" video on Funny or Die this week, I have watched Fux News rant, rave, bare its fangs and viciously slander me because of my stand against large magazines and assault rifles. I would take them to task legally if I felt they were worth my time or that anyone with a brain in their head could actually fall for such irresponsible buffoonery. That would gain them far too much attention which is all they really care about.

I'll just say this: in my opinion Fux News is a last resort for kinda-sorta-almost-journalists whose options have been severely limited by their extreme and intolerant views; a media colostomy bag that has begun to burst at the seams and should be emptied before it becomes a public health issue.

I sincerely believe that in time, good people will lose patience with the petty and poisonous behavior of these bullies and Fux News will be remembered as nothing more than a giant culture fart that no amount of Garlique could cure.

I wish them all the luck that accompanies such malevolence."

Jim has said it better and we, at JCO, are proud to say that our faith in mankind is restored and that more than fully support and agreeing with his statement, we sign it allow side Jim Carrey.