Don't panic, it's not what you are thinking...

Universal Pictures have unveiled a new photo from the upcoming movie "Dumb and Dumber To" in which Jim Carrey and Jeff Daniels are showering together. Lloyd Christmas (Jim Carrey) is wearing a towel on his head and around his waist, brushing his teeths while making a funny face. Harry Dunne (Jeff Daniels) is wearing blue striped shorts and screaming which seems to be that either he is feeling cold or a sudden stream of water came gushing upon him! It looks like they are taking bath outside under a waterfall.

This photo was featured in an unknown magazine. Take a look at the funny picture here: 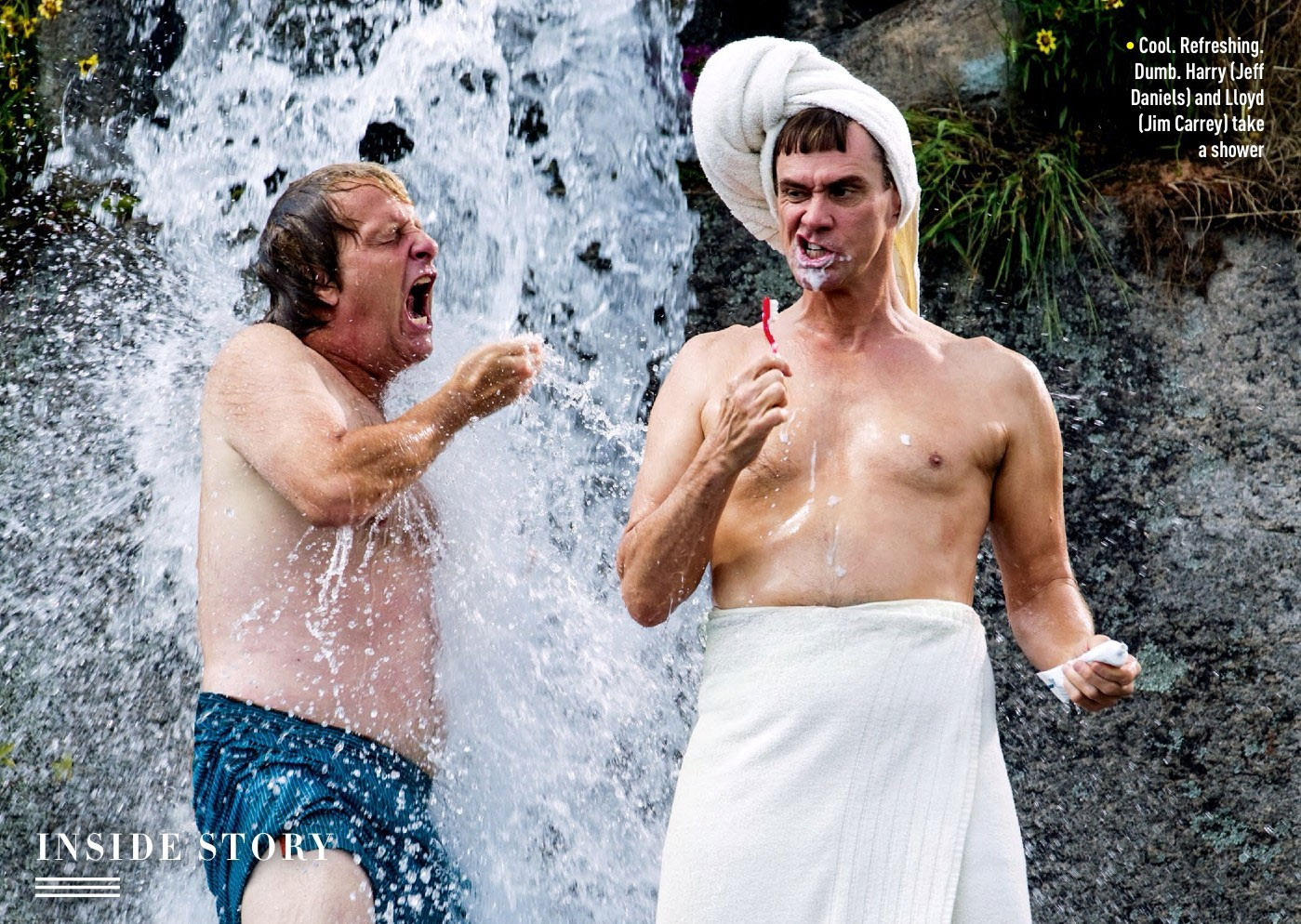 "Dumb and Dumber To" takes place twenty years after the original film and focuses on Lloyd and Harry in search for Harry's daughter in order to get a kidney from her. More news and information will be shared as they come.