The long-awaited sequel, "Dumb and Dumber To", easily took the first place in first day. Playing in 3.154 theaters across the country! The comedy opened to an impressive $14.2 million Friday. That's the biggest live-action opening day for Jim since "Bruce Almighty" ($20.1 million) and is the best opening day ever for a Farrelly Brothers movie. Including in the Friday opening was the preview screenings Thursday night ($1.6 million in 2.321 theaters).

It was a tight race for the first place against "Big Hero 6", but Jim Carrey and "Dumb and Dumber To" took it! Sunday should gross around $10.0 million and it will give the movie a total cume of an estimated $38.1 million. We will have the exact numbers tomorrow. 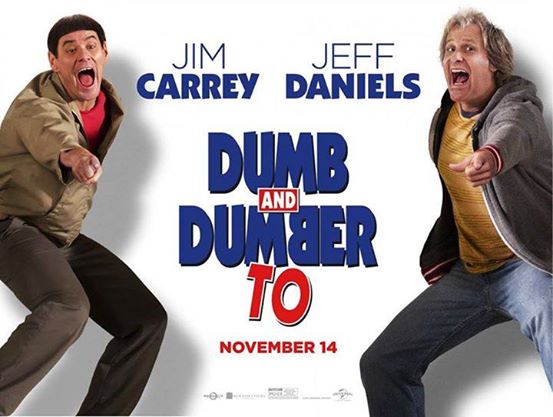