As we all know that Jim Carrey is promoting his sequel movie "Dumb and Dumber To" around the world. Jim Carrey and Jeff Deniels were touring Paris and were invited as a guest stars on C'Cauet sur NRJ Radio show which is in French language. The show was hosted by Cauet who is an RJ and a Comedian as well. This show aired on December 11.

The host was talking in French and asked Jim and Jeff what they can speak in French. Jim said "bonjour zava" and Jeff said "Oui". Jim also mentioned that he is French from waist down! He loves the French lifestyle and as soon as he got here, he cheated on his girlfriend.

Cauet said that he loved the original "Dumb & Dumber" movie so much that he kept on playing the VHS over and over and his parents would get annoyed. Jeff hopes that the sequel would be better as the first one. Jim said that he wanted to do the sequel 10 years after the movie, but he had to convince the studio. No other sequel has been made after such a long time of 20 years! Jeff said that the production people really worked hard on the script since it had to live up with the expectations of the first one. 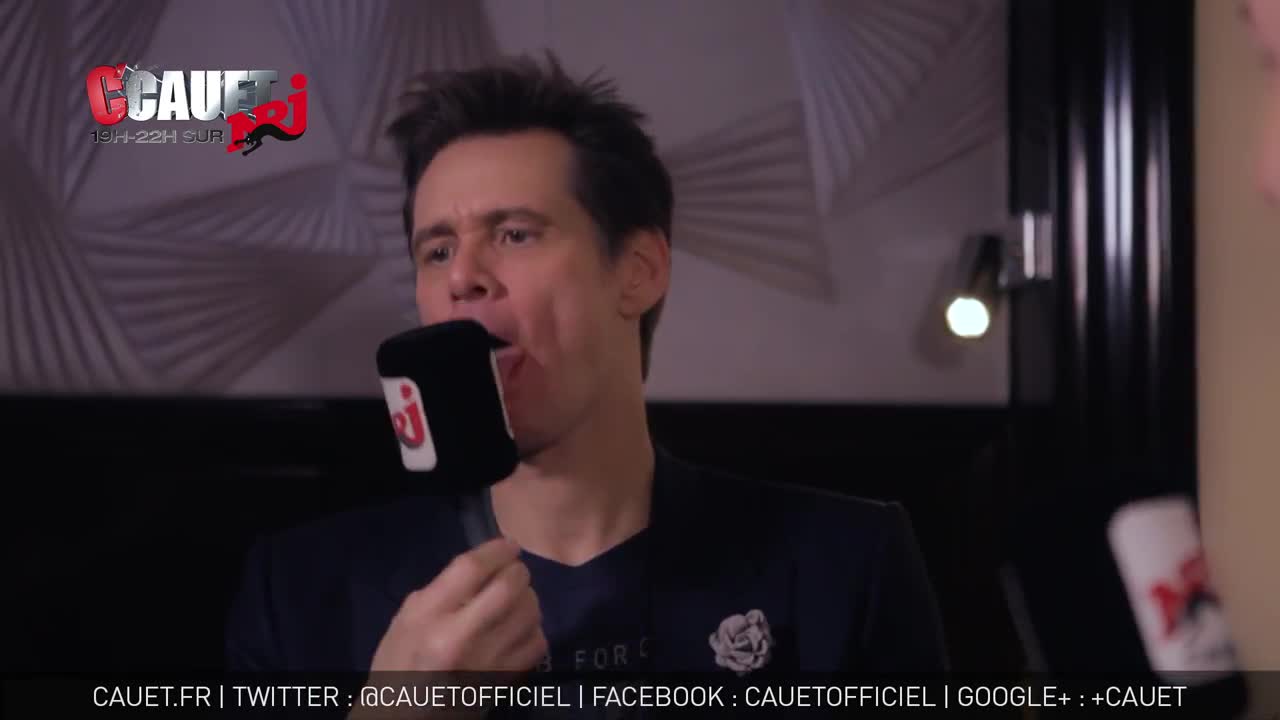 Cauet asked Jim if he remembers the most annoying sound from the original movie "Dumb & Dumber" and Jim replied that he doesn't remember it, can he remind him of it. Both of them shouted to make that sound and obviously Jim's was better!

Cauet said to Jim that in 1995 he was 5 years old and Jim and Jeff didn't believe it. Jim said "awww" and Jeff said "amazing! and maybe you were 6." When Cauet asked Jim a question he exchanged the microphone with Jeff and started answering the question that people never forget the jokes and dialogues and it is definately a pressure on the production people to put new jokes in the movie.

Cauet asked that whether those haircuts are real in the movie. Jeff asked that did he have that haircut when he was 5, to which he replied that he had it when he was 2. Jim said that he had knocked the tooth out and made that bowl cut because nothing else could be done.

Then Cauet asked what does he family say when he went home with a haircut like that. Jeff and Jim said that their family don't invite them home with that haircut. Then they got used to it as they were fans of Dumb & Dumber. They also found that they were given new wardrobes, but they wanted to stick with the old ones.

Cauet wanted to ask a serious question and Jim hid behind the chair saying "he didn't touch her and never double dated Bill Cosby!" Then he started swining his eyebrows like he did in Ace Ventura 2. Cauet said were you funny on the sets of "Dumb and Dumber To" movie or just seriously doing your roles. Jeff said they were serious while acting in front of the camera and when the shot was over, they were cracking up and had fun. Jim said to him hyper-seriousness is funny and you do the whole thing with a smile in your heart. 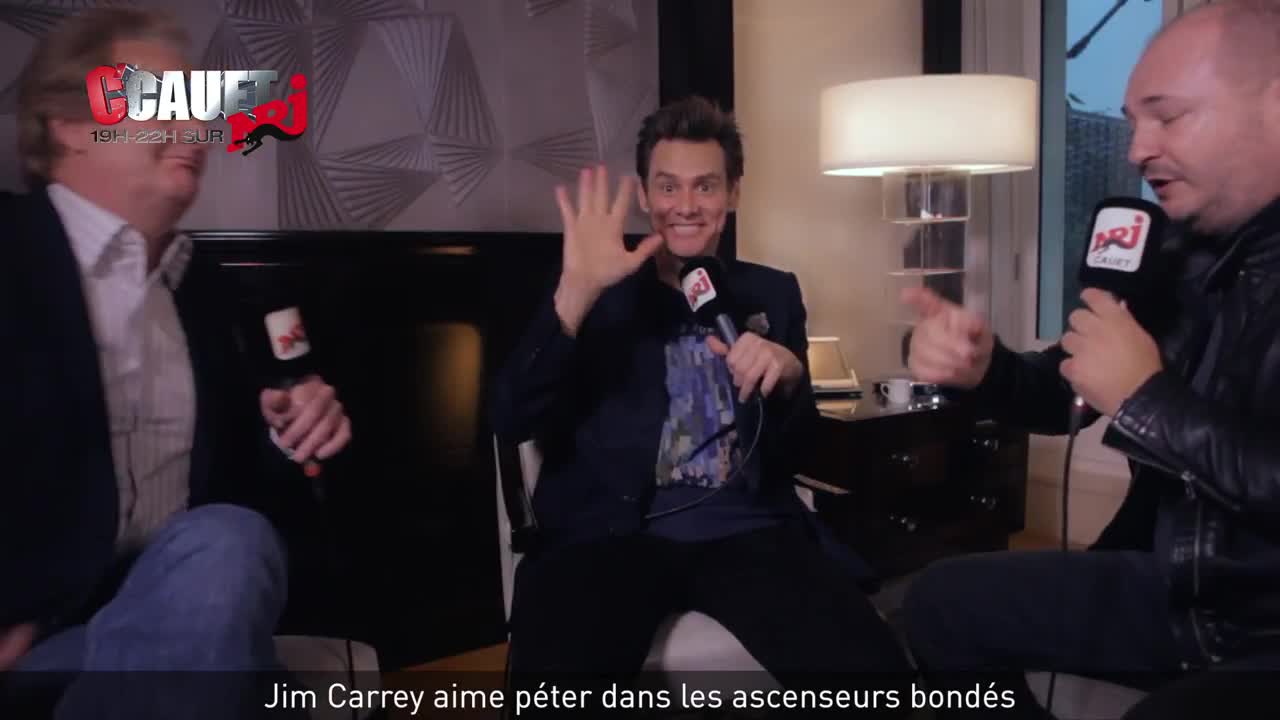 Cauet said that there are some trashy jokes in the movie that are pretty funny and theu have taken it too far. Jim said the dust was his idea (talking about an old lady on the bed scene in the movie). Cauet suggested Jim and Jeff some ideas to play on their friends and he should tell him whether it's ok or going too far.

- "Putting plastic sheets on the toilet seat in your friend's house." - Jim said it's hillarious.
"Throwing sausages on the street when a blind man is trying to cross the road with his dog." - Jeff said not so funny and Jim said funny for the audience, but not in front of the blind guy.
"To fart in a really crowded elevator." - Jim said he likes it and Jeff said to blame the person next to you.
"To iron your friends clothes, but iron them on him." - Jim said that might not be good but people on the internet are laughing on such kind of thing. Jim also says that he is surprised when people laugh at such things like "I broke his face open!" (pretends to laugh).
"Replace your friend's shampoo with waxing cream." - Jim and Jeff were confused what to say, but definately they didn't like it. Jim said only if it's a female friend, then it's ok to do it.

Cauet asked to Jim and Jeff that do they have dreams which they haven't done or fulfilled yet. Jim said wet dreams he haven't accomplished yet. Jeff said he has done whatever he wanted to do. Jim said he had a weird dream last night that he was being attacked by the Ninjas and he was winning!

Cauet asked about the scene from the movie where the old lady was sitting on the bed, did they set limit on that. Jim said there were things that actually cut out from the movie and what was left is plenty.

Cauet asked Jeff and Jim whether they come to France often. Jim said yes once a year and Jeff said it's his first time. Cauet asked last question that whether Jim and Jeff has seen his 'One Man's Show', Jim said he haven't seen it and Cauet gave him a DVD of his show for him to see it. Jeff said he doesn't know how it is going to get this DVD through customs.