Last November, in a previous article, we mention that Jim Carrey was one the producers for the documentary "Rubble Kings" that tells the story of the African-American and Latino teenagers who violently took over the streets of New York, in an event that layed the foundation for what ultimately became hip-hop culture.

Jim was present at the premiere of the documentary in the Festival DOC NYC and now we can finally say that "Rubble Kings" will hit theaters and be On Demand, on June 19th in New York, Los Angeles and Chicago, with a wider release to follow.

Here's the official poster for the movie: 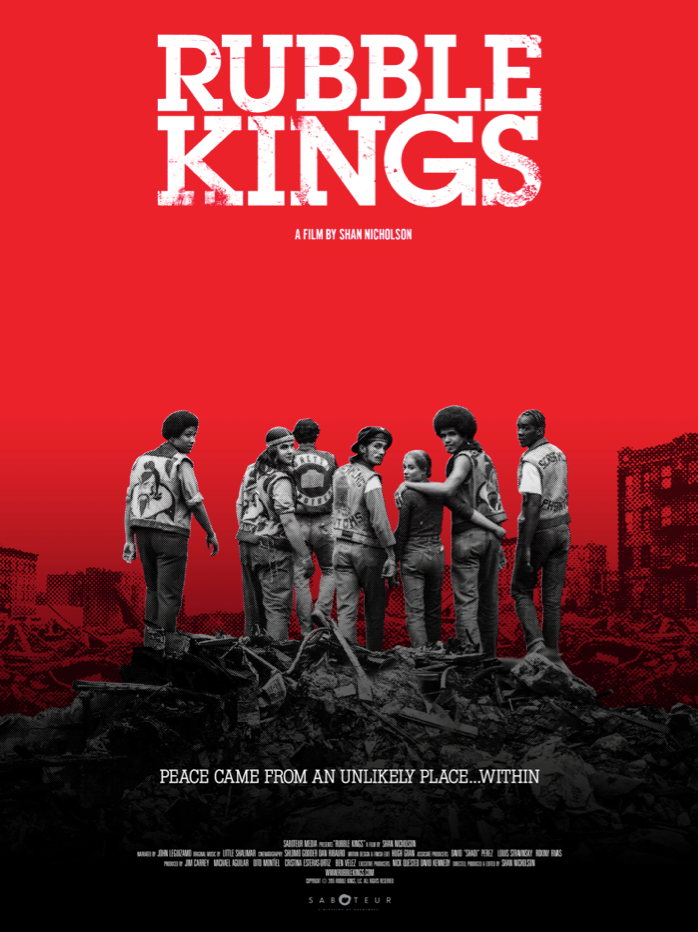 The press kit material is also available to download/print here and it contains all the information about this documentary.

We hope the movie is a success as most based in truth stories, are.

We at JCO will keep you updated as more news come!