We hope people, as they go through life, learn with every experience with have moment and grow in their lives and beliefs.

Jim Carrey has shown how much he has grown as a man and artist in these last few years. Recently, a suppose "awkward" interview made the headlines simply because not everyone tries to grown as human being. 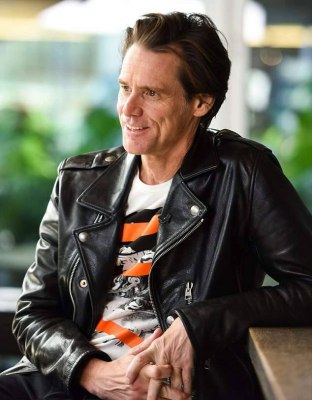 Jim has shared his truth, during several interviews at the Toronto Film Festival to promote "Jim & Andy - The Great Beyond":

"As an actor, you play characters, and if you go deep enough into those characters, you realize your own character is pretty thin to begin with. You suddenly have this separation and go, 'Who's Jim Carrey? Oh, he doesn't exist actually. There's just a relative manifestation of consciousness appearing, and someone gave him a name, a religion, a nationality, and he clustered those together into something that's supposed to be a personality, and it doesn't actually exist.' None of that stuff, if you drill down, is real.

I believe I got famous so I could let go of fame, and it's still happening, but not with me. I'm not a part of it anymore. Dressing happens, doing hair happens, interviewing happens, but it happens without me, without the idea of a 'me.' You know what I'm saying? It's a weird little semantic jump, and it's not that far, but it's a universe apart from where most people are. I'm not the continuum. There's no me. It's just what's happening. It's not personal. Things are happening, and they're going to happen whether I attach myself as an ego to it or not. There's grooves that are cut pretty deep from my entire life. There's still an energy that wants to be admired and wants to be clever, and there's still an energy that wants to free people from concern, and now it goes further. I want to relate what this is to people so they can also glimpse the abyss! It sounds scary, but it's not. Everything still happens."


We're very hopeful in mankind if everyone respects each other's truth since there's nothing awkward about that.