As we all know lots of things happen at a film premiere. Interviews, red carpet photo shoots, press conference and finally the movie is shown.

We are so happy and grateful that this time at TIFF (Toronto International Film Festival) another photoshoot happened with the main 'giant field of consciousness', as most people know Jim Carrey. It was made by the Hollywood Reporter, and the pictures were taken at Brassaii Restaurant and Lounge. Photographer Austin Hargrave took them on September 11th before "Jim & Andy - The Great Beyond" was shown. The photos came out great and also the model looks phenomenal. He is being funny and seems he enjoys it, although there's not 'him', things are just happening including this event.

On one of the photos Jim is with director of Chris Smith and producer Danny Gabai. The location is kinda simple but we can say it's a bit old fashioned, nothing extra. But Jim's existence can turn any place, even the worst one on Earth into the best one with his unique energy, warmth, and charming presence.

Jim was wearing the same clothes like at the north american premiere, his favourite piece of clothing is the leather jacket, which cannot be missed. His poses are flawless, entertaining and the smile is so natural, pure, it hasn't aged a day and which brings joy to the life of people and frees us from concern.

You can check them below: 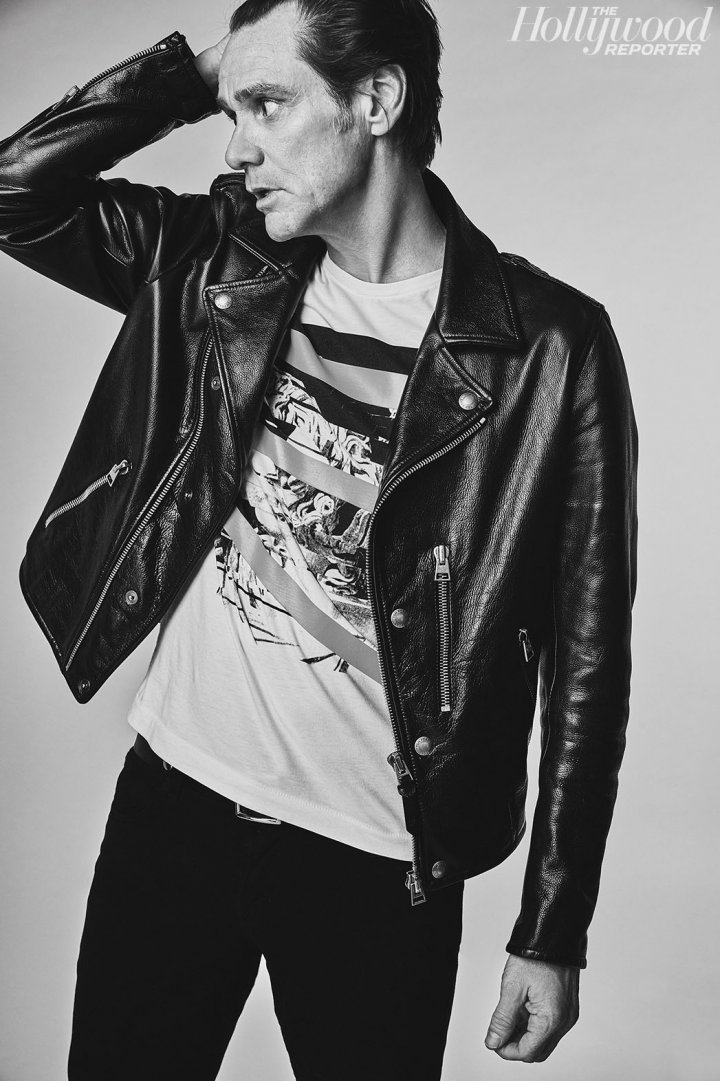 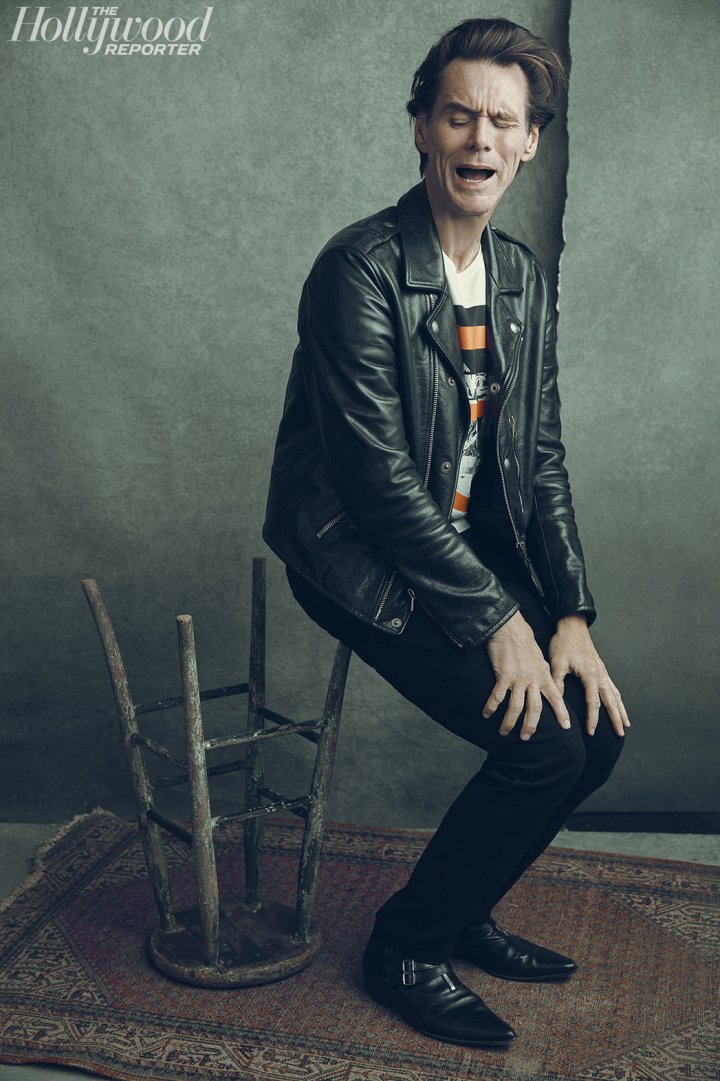 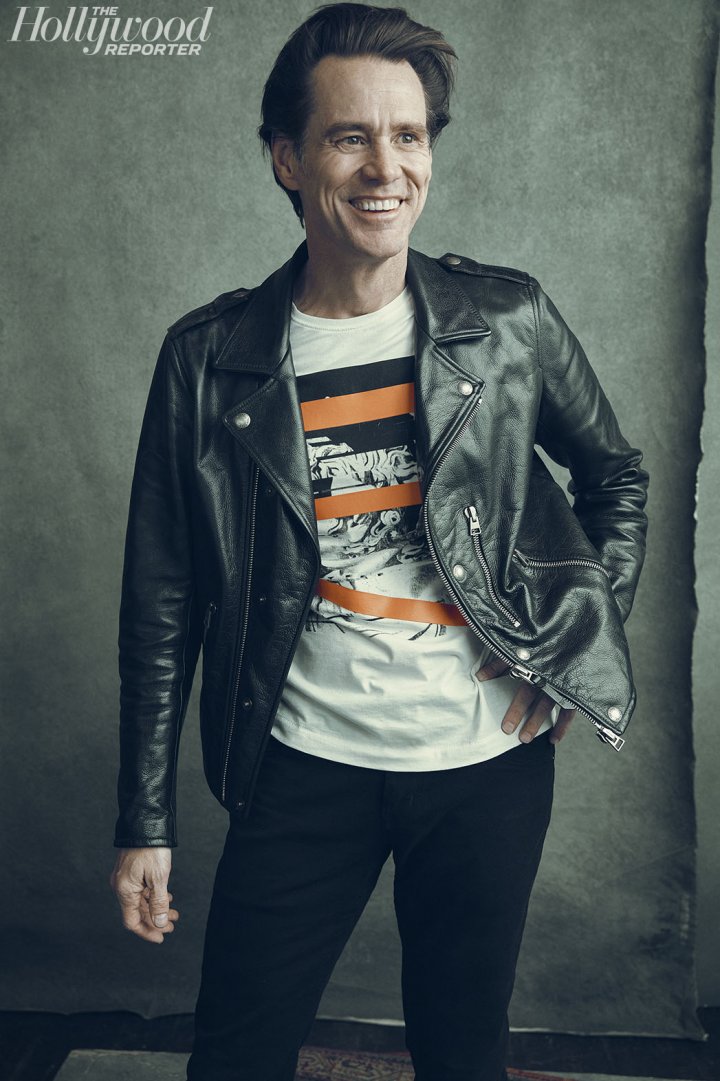 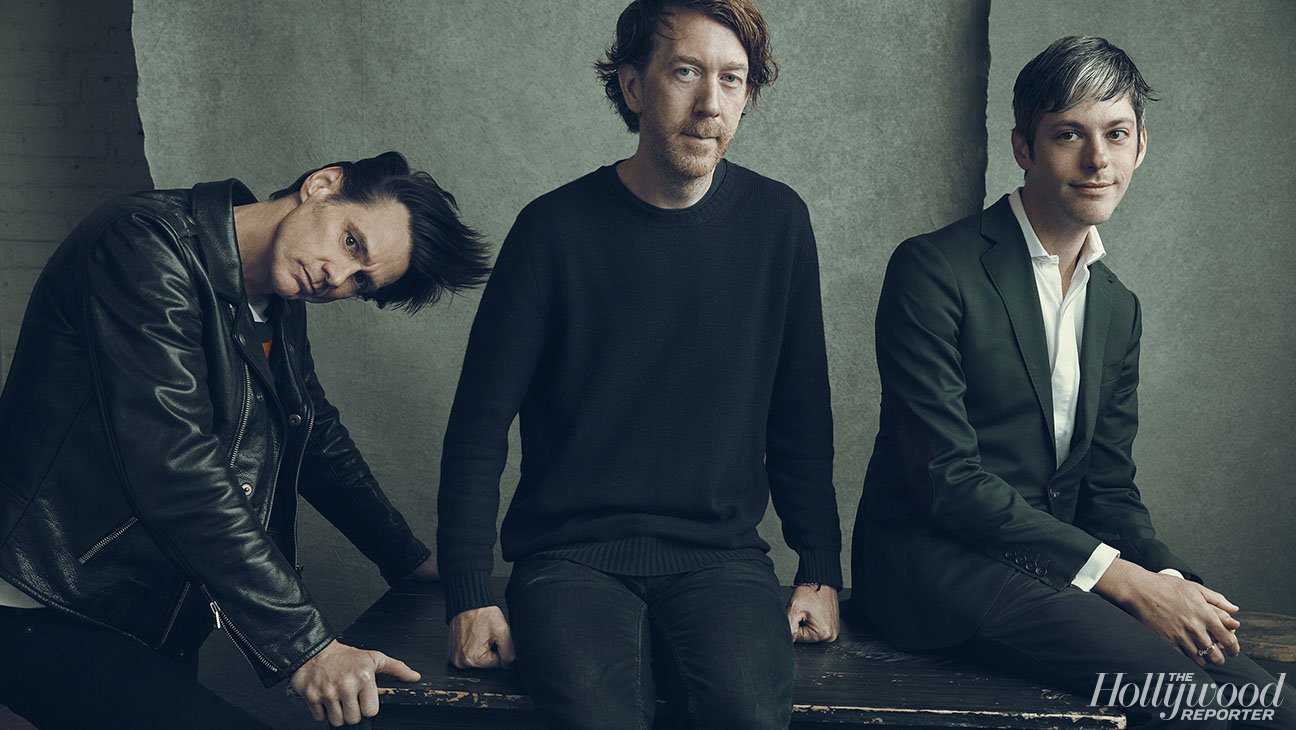