Here we are, the first season finale of Kidding and everything coming to ahead after nine previous episodes. It’s been an emotional rollercoaster ride for both Jeff Pickles, his family, and us the viewers. We’ve experienced joy, heartbreak, and anger throughout the show that you don’t get that kind of experience in any normal network TV show. Like any good season finale, it ties up what we’ve seen in previous episodes before giving us something to look forward to in the next season. 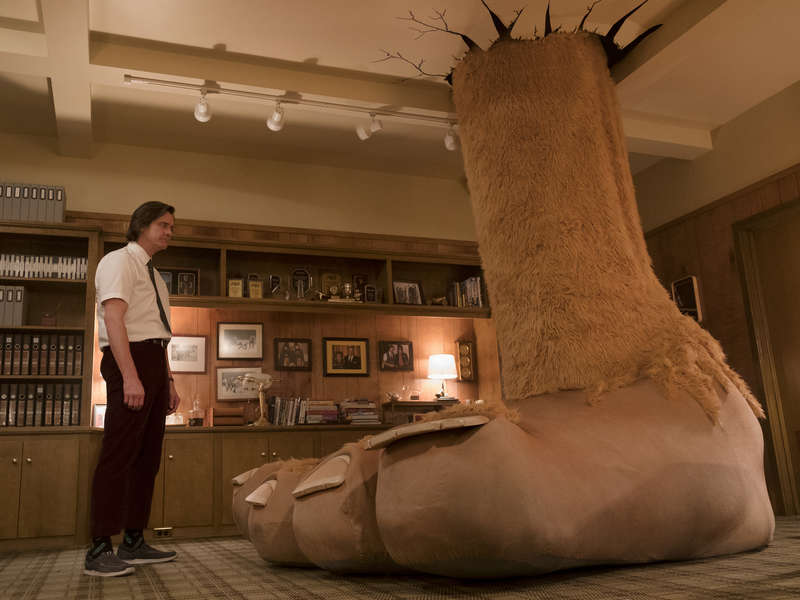 The episode opens in Washington, where Jeff is giving a speech at the annual tree-lighting ceremony. This is where everything he learns about himself and his family finally comes into play when he talks about why kids are becoming the by-product of their parents. He goes on to say that when kids watch his show, he’s not their father or their friend. He ends the speech by exclaiming that he killed his son Phillip because he didn’t listen to him enough to love him enough. After walking off the stage without lighting the tree, Mr. Pickles-San tries to step in only to be tackled by Secret Service men.

Throughout the speech, we get some cameos from characters from past episodes that help tie up the whole season. They include the truck driver and his daughter from episode four, the boy recovering from brain cancer from episode two, and Jeff’s one-time date Shaina from episode three seen here resorting back to her drug habit. Surprisingly, Tara Lipinski is in the hospital having survived her accidental throat injury while being fed by her sister Sara.

Upon returning to the Columbus studio, Seb gets a call from the higher-ups at PBS that the show will be on hiatus until an animated version must be produced. As the sets are being packed away, Deirdre dealing with her divorce which angers her daughter Maddy packs up all her puppets. She tells Jeff how she came up with the design for those characters by looking at any person she sees and looked into any of their essence. When he asks if he was a model for one of the puppets, she said she simply doesn’t know what kind of person he is.


Suddenly, a line of kids begin to come into the studio with their talking Mr. Pickles doll asking for advice from Mr. Pickles himself. It seems his speech opened the children’s minds about life in general as does Seb who finally agrees to air the death segment from episode one. Afterwards, Jeff gets a call from Jill who wants to have a good talk with about the speech. He then imagines wanting to walk outside with her in the snow before playing a snowball fight.

Meanwhile, Will still becoming to be like his deceased older twin brother goes next-door to check out a party with his drug-taking friends. Hoping to get them to turn down the noise, Jill’s boyfriend Peter goes to the house only to find not only Will making out with his girlfriend but also Jeff’s clothes still hanging in the closet. Even the young boy is shocked to find out that his father was the one who moved in next door.

The episode ends with Peter confronting Jeff over the whole moving next-door deal. Jeff assures him that he understand the error of his ways and wishes to work it out with him and Jill. Being a good-hearted person, Peter hugs it out before offering him a joint to smoke. When Jeff declines, Peter smokes it himself before Jeff gets into the car. Then in a sudden burst of madness, Jeff runs over Peter with the car ending the first season on that note. It looks like Jeff has not yet control his inner demons.

There’s a lot more to say about this episode and how it ties things into show’s various moments and themes, but we’ll save all that for the upcoming season one recap. However, it’s worth noting that Jeff’s speech has been having both positive and negative effects on everything and everyone around him. Kids are starting to take notice of the world around them using Mr. Pickles as their spirit guide despite of the show’s fate. But the problems Jeff and his family are experiencing still take a toll for them especially when Jeff committing a heinous act in the end could escalate the drama next season. Unfortunately, we have to wait another ten months to see where the show will go from there. 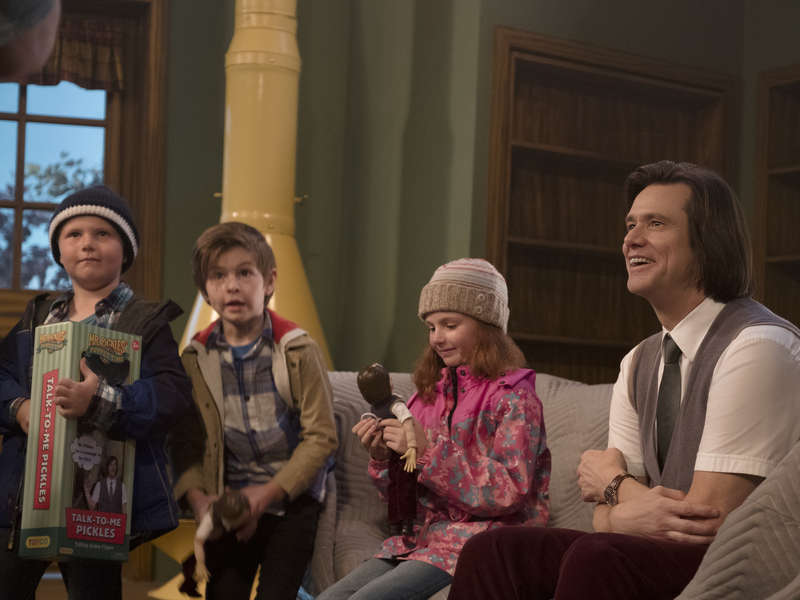