One of the greatest things about Jim Carrey's cartoons is that it generated a lot of amazing discussions about it.

In November of 2018 Jim attended the Vulture Festival to have a conversation with art critic Jerry Saltz.

They started to talk about Jim Carrey's art since Jim started showing it on Twitter:

"I feel I don't work towards the encouragement of the crowd as much as I do myself. I feel like I've accomplished something interesting that I'm good and I know it's gonna find somebody because we're not that different but when I walked into that room and I get emotional my eyes are emotional, just waiting to come out here tonight because there's a… this is a very soft spot in my life, art. Art it's a very vulnerable open soft spot and you lay yourself open to be criticized ripped apart told you should stay in your lane and I've never believed in lanes. I don't even believe I'm a person so I you know there are no lanes I don't believe in them I do believe that passion wins out. That there is, you know, a driving force behind artists and the ones that are, you know, in need of expressing a feeling or just a sense of what's beautiful or what's terrible and they're driven to distraction by. Those are the people that I feel really compel an audience and also I believe in art as a way to bring people into presence together you know I truly believe that the greatest art in the world it's like James Joyce portrait of an artist as a young man he says that the greatest of art the masterpieces really are the ones that stop you. There's nothing to say, it causes a stasis you know in your brain there's no judgment to be made and that's what I'm looking forward to one day stumbling into something because my heart my soul and my talent for the craft is in a place where they all come together and capture something that can't be described that's the goal. But I'm happy to throw punches all the way." 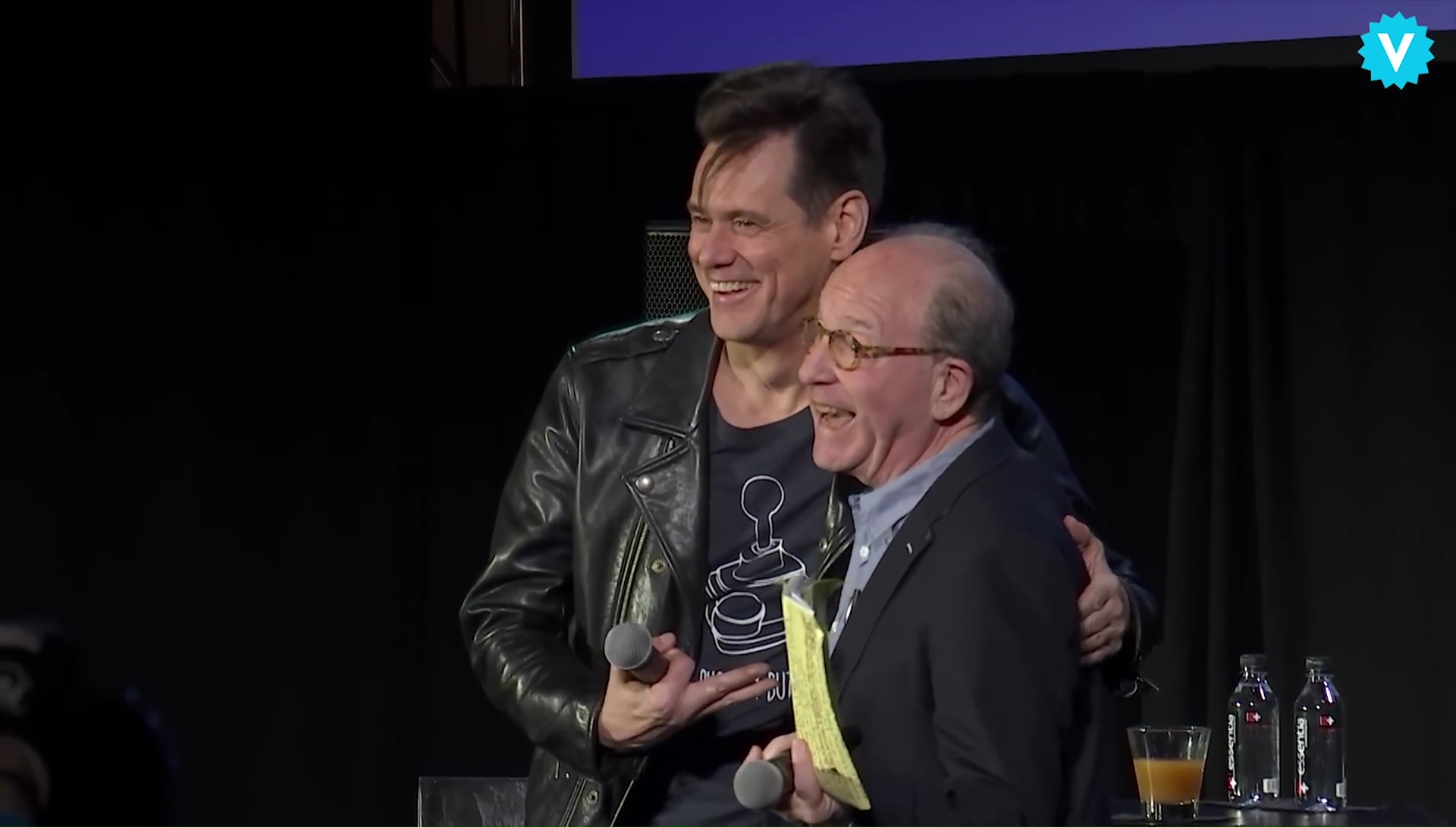 Jim also talked about the fact he loves doing it because it's free him:

"I thought it would go away when I went back to work as an actor. Like, Okay, well this energy is now gonna go into the other thing', but I can't stop if I want it to stop, I can't stop the hard part for me is stopping. Is stopping long enough to take care of the business of my life because once I get started all plans go away you know what I was gonna do with the afternoon and the other regard is completely disappeared I'm free and that's what it is for me its presence, freedom in presence and I think the greatest works of art in the world are examples of an artist's absolute presence touching the canvas it's kind of in my mind I go when the brush hits the canvas or you're sculpting clay or whatever it is in that moment you're hitting the pond with a rock and that the wave goes outward and it doesn't stop goes around the world especially now and everything I can't go to an In an Out burger without it going global so when I touch the canvas if I'm there and I'm really in love with it then that will be love you know and if I want to get somebody and I want to tell people to watch out for this person and watch out for the inequities of the world and you know paint an example of those inequities which I've been doing that's the wave that goes out that's the rock in the pond."

Jerry shows that he's impressed of the way Jim used Twitter to communicate:

"(…)It was interesting because when I first started playing on Twitter like everybody else I just got myself in trouble all the time because I was honest which is terrible thing to be on Twitter but, you know, it was a little scary and I became kind of an activist when it comes to a lot of things that I was seeing and there was a lot of pressure on me from my management from people in charge to go like 'don't mess this up you know don't… you've got great, you've got goodwill in the world, people love you, you start talking about politics or whatever issues you're gonna lose half your audience' and I say lose them! If 30 percent of this 37 percent of this country isn't willing to open their mind to what's going on and see what's right in front of them, this demon that's controlling us at this moment and his minions, then, there's no helping them and you just have to go your way and you have to say your peace and your truth and that's what I've been trying to do but there was a pressure to stop and the first thing I did which I think was really smart was, you know, give my Twitter to one of my assistants so that I wouldn't make that rash choice in the middle of the night like our president.

(…) The whole time I was trying to convince my people, this is a canvas I don't know what to do with the canvas yet but I'm gonna find out I'm gonna find something to do with this canvas. Social media is a canvas for me, you know and I think if it's used in that way to express the truth or whatever and in an artistic way it's a beautiful thing and I think it has turned into an incredibly beautiful thing and I I just feel so gratified and I feel gratified that I'm here with you and that you people are interested in what I have to do. So grateful." 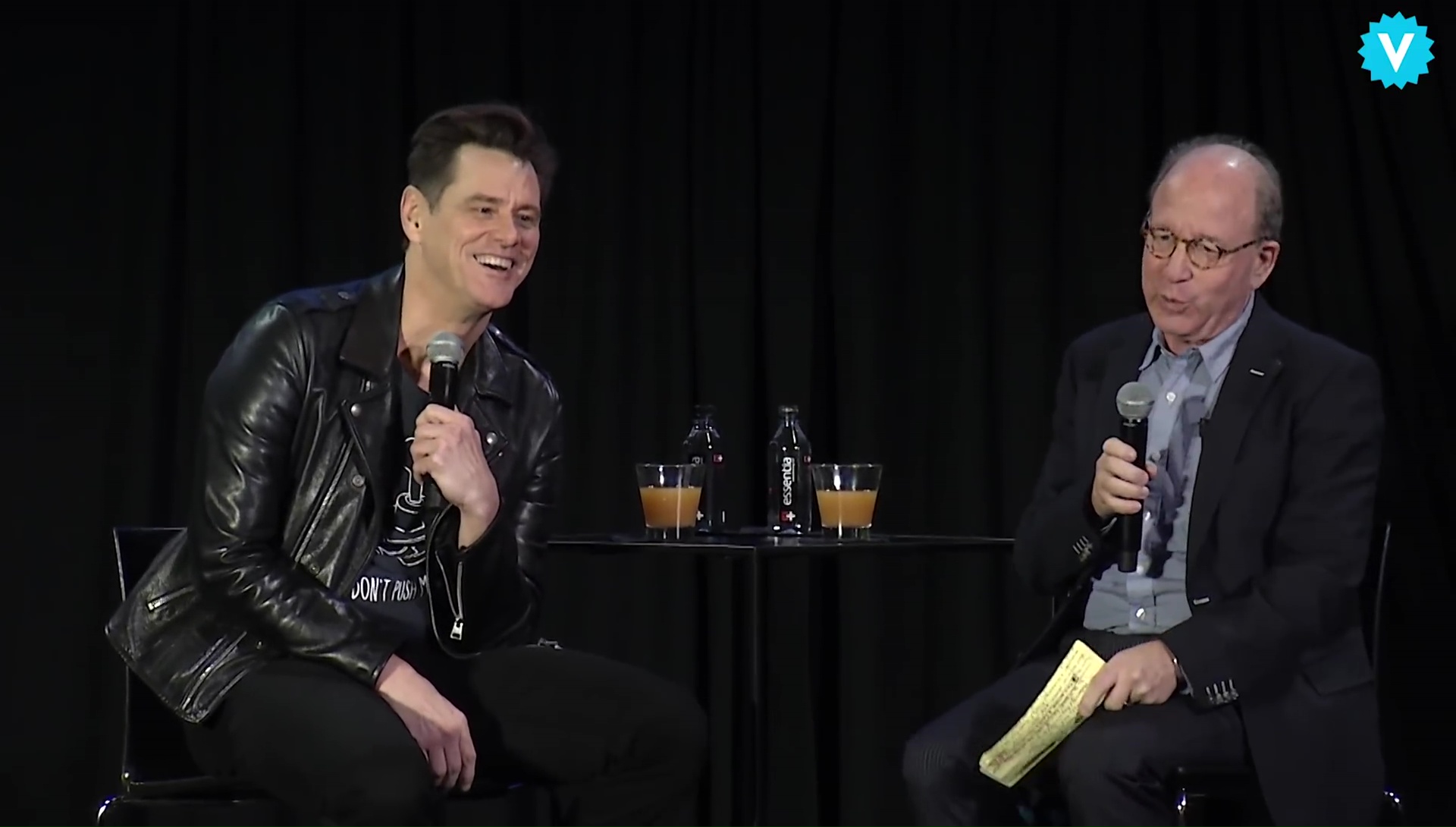 Jim told Jerry that he does draw every day and live to the audience he called his assistant to asking to upload another cartoon to his feed. After that he tells the audience to be careful to what they see and read in certain medias because, not only they are lies but are tearing the county apart.

Jim got emotional during this interview and the first time was when Jerry mention the bashing that media did on former President Barack Obama, since Jim remember the amazing late singer Aretha Franklin:

"They did everything but hang him on the frigging White House lawn and is sickening to me. It's sickened me the day Aretha Franklin died I cried [Jim emotional moment]… that someone so beautiful and so incredibly conscious and someone who's done so much to lift a spirit of people has to close her eyes in a world like this. It's a fucking injustice. It should not happen I can't stand it! I can't take it! So we'll yell until it's over."

Click to read the next part of this interview tomorrow.