January was the awards month. On January 3rd Jim attended the Palm Springs International Film Festival Awards Gala to present Peter Farrelly the Vanguard Award. Two days later, on January 5th, he attended the Showtime Golden Globe Nominees Celebration. Jim was nominated for Best Actor in a Television Series in the category of Musical or Comedy and his show Kidding was nominated for best Television Series, also in the Musical or Comedy category.

The following day, January 6th the award ceremony was held. Neither the show nor Jim won but that didn't stop the news after the funny moment he had with the hosted of the evening.

April 4th, 2019 mark a first for Jim, since he attended CinemaCon a convection of movie theatre owners. A trailer of Sonic was shown that focused mainly on his character and right after the audiences saw it, Jim surprised everyone by showing up to greet people. More than a week later, on April 17th, he went to the Marciano Foundation to see an art installation from Karen O and Danger Mouse. 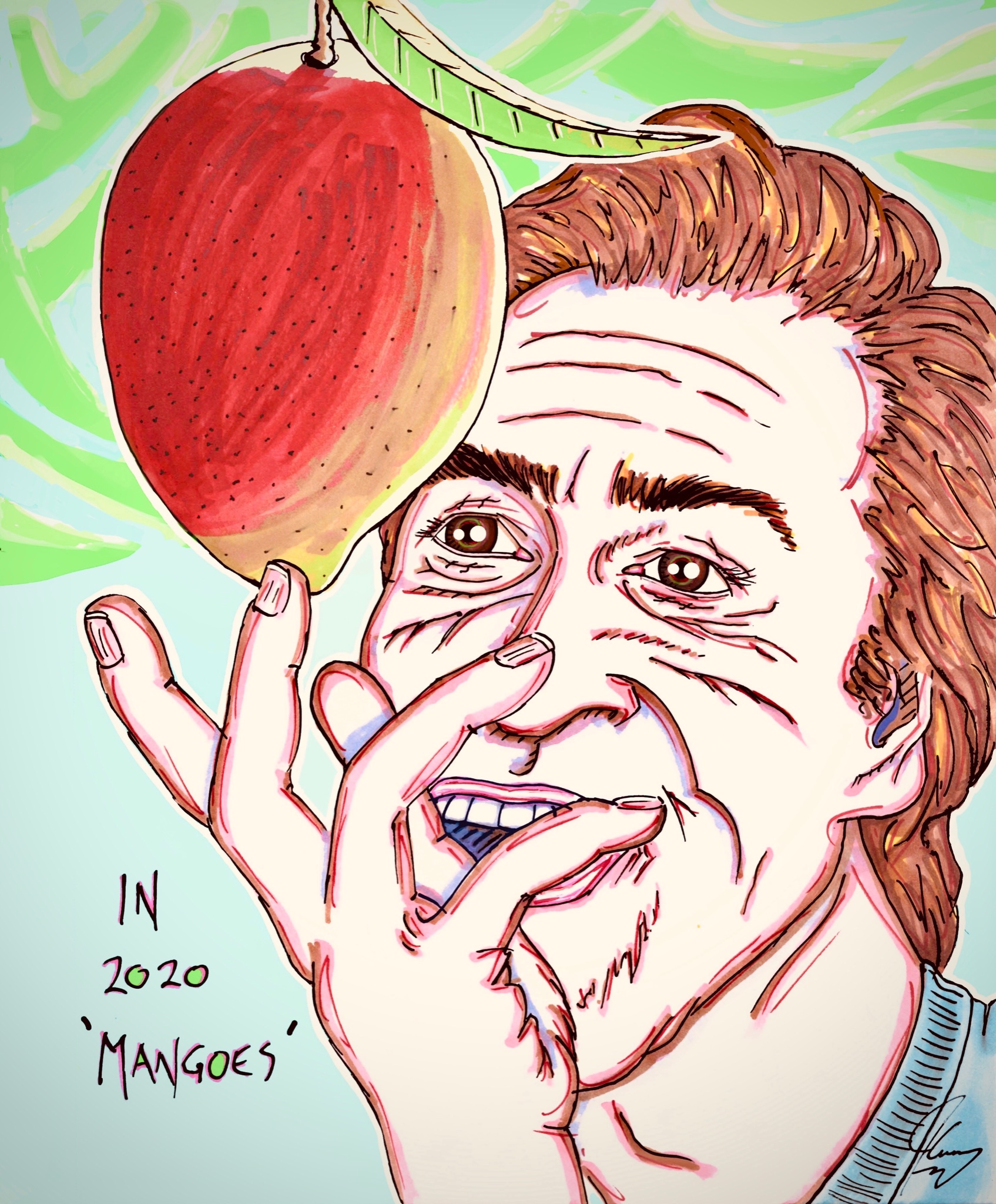 Jim Carrey on Twitter today:
Happy New Year to everyone!
This year, let’s fill our hearts up with gratitude:
treat every month in 2020 is if its May
and the trees are full of mangoes! Yyyyyyummy!


But one of the best things of 2019 was Jim Carrey's art exhibition. Jim's cartoons about the current politics in the U.S.A. has gotten the attention of many people and on June 20th, the exhibition called "This Light Never Goes Out" was held at the Phi Center in Montreal, Canada and many were able to see his cartoons very close for many weeks.

On June 30th, Jim was one of the actors who were part of the comedy roundtable interview done by The Hollywood Reporter. It was a wonderful conversation between very talented people. You need to watch it if you haven't already. Very good!

Summer still had a few more news to give us. August 2nd, Jim attend the TCA Summer Press Tour to promote his Showtime TV show "Kidding" who's filming started the previous month (July) and only ended in September.

2020 will be a year where we will see Jim in two amazing projects right in the first trimester of the year, with the premiere of Kidding opn February 9th and five days later, February 14th, the very awaited "Sonic the Hedgehog" movie in which Jim play the villain Dr. Robotnik.

2020 is already promising to be an amazing year and we hope that for Jim Carrey and his family it can be amazingly special.

We at JCO will also want to wish to all the rest of Jim's fans a wonderful 2020! HAPPY NEW YEAR!

We here, at JCO, will continue to bring you all the news about Jim, with the same respect and love as always. Thank you reading us!