The last part of the LA Times interview:

"Memoirs and Misinformation" features a comparable apocalyptic accounting, with similar results. Yet the real Carrey has been anticipating oblivion for most of his life. In the book's sixth chapter, our hero goes to the Saharan Motor Hotel to meet screenwriter Charlie Kaufman to discuss playing Mao Zedong in a biopic that "Carrey" believes "will be his 'Raging Bull.'" It's the same seedy Sunset Boulevard lodge Carrey checked into in 1982, freshly arrived from Toronto with just a suitcase of clothes and a second-hand copy of Hal Lindsey's doomsday bestseller, "The Late Great Planet Earth."

"I walked through a parade of hookers and took my little green ass to some motel room that would make Baretta jealous," Carrey says. "And I'm reading this book saying the world is going to end soon and I'm like, 'But I just got here. I gotta make it before I die.' So, literally, I've been making it before I die for almost 40 years. But we all have the sword of Damocles over our heads. That mushroom cloud is a character in our lives. And we have to learn how to dance and smile and do all the proper and appropriate things."

Dave Holstein, creator of the Showtime series "Kidding," starring Carrey as a children's television personality coping with tragedy, believes his star has reached a tenuous peace with a life of "peaks and valleys we can only begin to understand."

"When you go to enough therapy your whole life, you eventually become your own therapist ... and I think Jim has mastered the art of self-study," Holstein adds. "He's so unsatisfied, in a way that most incredibly ambitious people are, that there's always something they feel they can accomplish that they haven't yet done."

The two seasons of "Kidding" survey similar ground as "Memoirs and Misinformation," picking at family wounds, excoriating celebrity and mulling mortality, engaging in what Holstein calls a "full-throttled emotionality."

"He is sensitive," Holstein says, "and not afraid to really tap into the raw, honest feelings that we go through in the dark."

Midway through our FaceTime conversation, Carrey says he wants to show me something. Scrolling through his phone, he lands on a drawing he's making of his father, Percy, wearing a navy suit, the only suit he ever owned. It's a work in progress, illustrating a scene from the book in which Percy holds his son's wounded hands (which "Carrey" had gnawed away in a fever dream, thinking they were Slim Jims) and reveals nothing less than the meaning of existence. 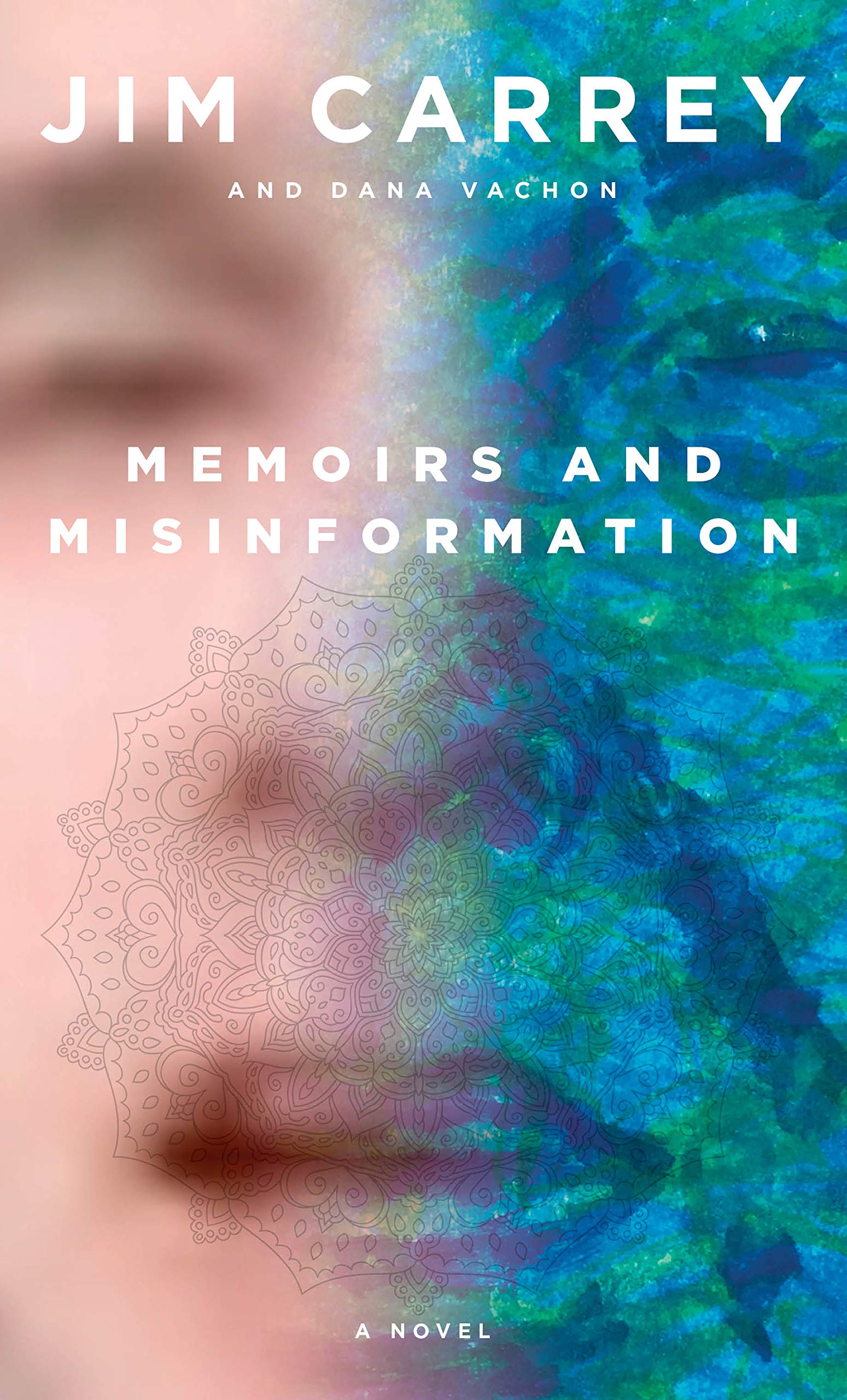 "There is one spirit guiding all things," the father tells the son. "The universe, one verse. The stars and the sea and the wind through the wheat fields. And us, you and me. Once through flesh. Now through memory. See? I'm in you and you're within me."

"It's Dad to the rescue," Carrey says softly, looking at the image. "At a certain point, when you're at your lowest, those are the voices that you go to, the people that taught you how to live."

He puts the phone down. The house is quiet, and neither of us wants to break the spell. "There's freedom in creating, man," Carrey finally says. "I swear to God, I couldn't live without it. I'm drawing my father, and there's joy because I'm remembering my dad, how hurt he was in life, but still what a beautiful gentleman and joyful soul. Creating these things makes me happy." It's all in the book, he continues. "I said a lot of things I want to convey. About my way of thinking. About going down a red carpet and seeing an almost Wile E. Coyote blueprint of the physical bit I'm about to do for people. How I'm inspired that way. How I feel every time I tell a joke or take a chance on humor, no matter what it is, it's like being a cliff diver and hoping you timed it right so the tide is in when you hit the water." Carrey pauses and then, slowly, that elastic smile that has sold millions of tickets over the last quarter century washes over his face. "But you never really know if you're going to hit the rocks."

Here's the link to the article.

We can't wait to have this book in your hands!