Ever since the election of Donald Trump as the President of the U.S.A. Jim Carrey became very active on Twitter, voicing his opinion through a series of cartoons that even got in several art exhibitions.

The political state in the U.S.A. has never been crazier, especially having a person like Trump running it.

Jim wrote and essay called: "Truth, Justice, and a World Without Trump", for the magazine, The Atlantic, encouraging people to vote to make sure that Donald Trump doesn't get elected again.


Truth, Justice, and a World Without Trump
I know funny, and the state of the country today is no laughing matter.

"I've spent much of my career trying to reach audiences through humor. It's always come from a loving place, a joyful place-wanting to free people from concern. I know that hearing a performer give voice to the things you're thinking and feeling can be an enormous relief and that laughing hysterically at a willing fool is almost always good medicine. But relying on jokes can sometimes cancel out the seriousness of what you're trying to say. At this moment, the best anyone can offer is gallows humor. The truth is, we should all be seriously concerned.

The United States faces catastrophe. That's a word from my world-drama. In ancient Greek, katastroph? means "overturn," or "a sudden turn." This is what we have suffered. Untold American lives have been ruined by the presidency of Donald Trump. The rule of law is imperiled, our unity has been shattered, the service sector has been obliterated, and major cities are suffering. Black Americans, who have endured half a millennium of wickedness and brutality, now face more injustice and death. Last week, amid all this suffering, Trump and his acolytes held their Totally Illegal COVID-19 Super-Spreader Spectacular at the White House, in flagrant violation of the Hatch Act. It got me thinking about the great director Francis Ford Coppola, who masterfully wove together evil deeds and pious words in classic films. Watching Trump accept the nomination of the Republican Party in the people's house during a pandemic he exacerbated was like watching Michael Corleone swear a sacred oath while his underlings settled scores across the city.

Why Trump Supporters Can't Admit Who He Really IsPETER WEHNER 'Who's Putting These Ideas in His Head?'ANNE APPLEBAUMThose in the audience on the South Lawn of the White House might have believed their lives were their own to lose, but after their big night, they now risk infecting other Americans. Trump and the GOP have decided not to heed science, leaving us helpless during a plague. But as far as I know, plagues don't care about reelection campaigns. They don't wither in the face of the Secret Service or succumb to the intimidation of goon squads. And they don't respect the families of gluttonous aspiring monarchs. 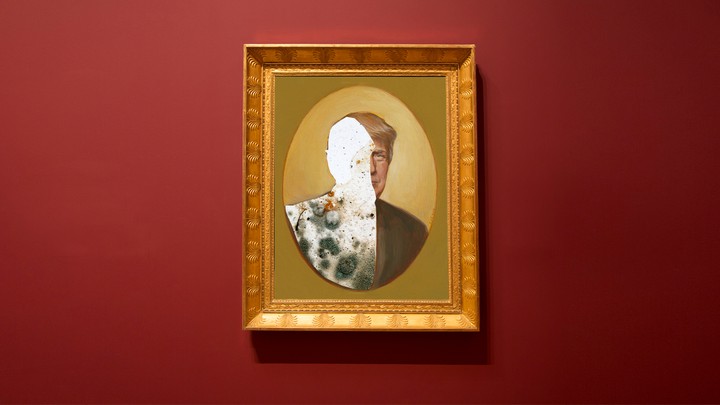 How did a bourgeois New York con artist convince so many people he was on their side? Was it the trucker's hat? I'm wearing sandals right now, but that doesn't make me Gandhi. Was it the fawning coverage on cable news? I know funny; Fox News is a joke that's not funny, and it's being told at the expense of our democracy. Was it his performances on the WWF or The Apprentice? I was amused to see Trump play the self-made billionaire in Home Alone 2, but the presidency is not performance art. People's lives depend on him. Our future is at stake. Where did the modern Republican Party's cruelty come from? Too many Americans support Trump because he appeals to their basest and most primitive urges, through his racism, his misogyny, his mockery of the disabled, and his encouragement of violence during his campaign. If you consider yourself a patriot, know full well that the direction the Republican Party has taken threatens to obliterate America's once hopeful experiment in liberty. Adam Serwer: The cruelty is the point

Trump's party has no platform other than the promise of more wealth for the few and "law and order" for the dispossessed. His presidency has seen markets rise, and corporations prosper, even as ordinary Americans suffer and go without, in this economy of larceny and lies. This is true even for his most devoted supporters, who are now fully aware that he is trying to sabotage our election. I only hope the red hats are edible. America has always been redeemed by those who challenge it to do better. Today, some true patriots refuse to stand for an anthem that has never stood for all Americans, challenging the country to live up to its ideals. If Americans can look out for one another, we can gain back our self-respect, and the respect of our allies around the world. When our anthem stands for love, tolerance, courage, and everything our better angels value, then we can all stand together.

When I was a little boy in Canada, I watched old Superman reruns, and fell in love with the United States. I was blessed to be able to come here, and to realize my wildest dreams. In 2004, I proudly became a citizen. But lately, my adopted home has become almost unrecognizable. Whatever happened to "Truth, Justice, and the American Way"? That line was written when the Nazis were ravaging Europe and America was the hero of the world. It's more than a line in a TV show; it's a set of ideals we should always aspire to uphold. In November, we must vote in historic numbers, gathering all the "snowflakes" until there's a blizzard on Capitol Hill that no corrupt politician can survive. We must vote for decency, humanity, and a way of life that once again captures the imagination of kids all over the world-kids like me."

We at JCO… agree complety!

We will keep you updated as more news come.