Your eyes are not deceiving you. Netflix announce a new 3D animated series about our blue hedgehog. The 24-episode animated adventure will be called "Sonic Prime" with 24 and will premiere in 2022!

Building on the momentum generated for Sonic in 2020 – and as the brand celebrates its 30th anniversary in 2021 – Sonic Prime aims to captivate the imaginations of audiences ages six to 11, as well as legacy Sonic fans of all ages, and will match the scale and scope of the epic adventures synonymous with the Sonic franchise. In 2020, the theatrical feature "Sonic the Hedgehog", took the number one spot worldwide on opening weekend and remained on top globally for weeks while breaking domestic box office records. Producers SEGA Sammy and Paramount Pictures have announced a sequel to the feature is in development.

But the news are not over yet. Lego has been creating colourful blocks for us to build with, for many, many years. They have also created especial sets dedicated to many themes and now Sonic will join the Lego family with a set devoted to them.

Check out the photo: 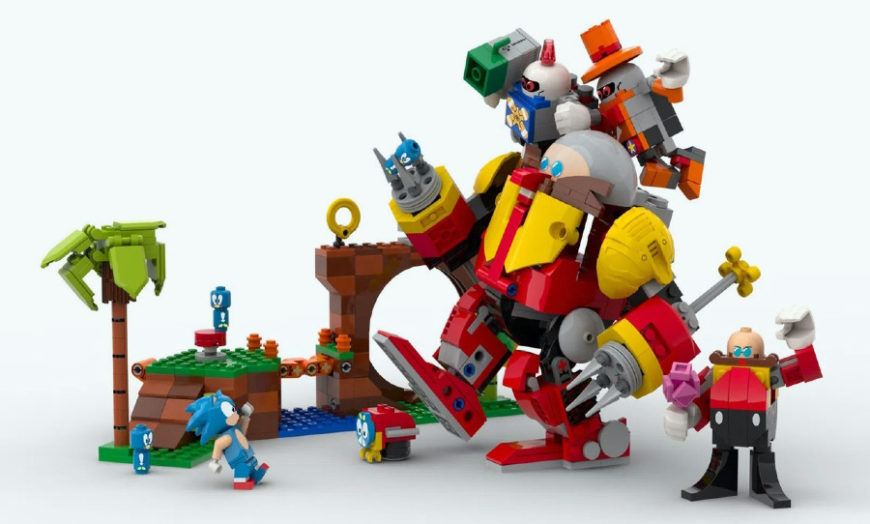 We can't wait to see Sonic in his new adventure and play with him through Lego's color blocks.

We at JCO will keep updated as more news come.