Bob Saget was a comedian an actor loved by many. One of the things we heard the most about him after his passing, is that he had many friends.

So, a few weeks after his death, fans, friends and family gather at the "Comedy Store" in Los Angeles for a night of tribute and love. One of them was Jim Carrey. The event was recorded ad then on June 10th, released on Netflix for everyone to watch. The event also served as a fund-raiser for the Scleroderma Research Foundation. Bob was passionate about that cause since his sister died of it years before. He became a face to spread awareness and made event to raise Money for the research of new treatments and one day, a cure.

Jim is wearing all black clothes and a fur black coat. They all sit down and after a video of Bob created by Stamos, Saget's widow Kelly, delivers a beautiful and emotional speech. Before that Jim jokes with her telling her to "keep it short", making the crowd laugh.

Throughout the evening you will hear a lot of laughter. The perfect way to pay tribute to a comedian, we think. Not only that crack the audience but Jeff replies does that to, creating a funny interaction between the two that released laughter through the crowd.

But one of the funniest jokes came from Chris Rock at Jim Carrey expense: "I'm just sad the mother f***er had to die to get Jim Carrey back on stage. If this is the only way we're gonna see you perform I'm gonna kill Eddie Murphy next week!"

After that Jim said a few words about Bob and of course, with a joke.

The tribute was simply lovely. Many of the comedians talks, including Mike Binder who made the Comedy Store documentary episodes. He pokes fun and Bob, his wife and even Jim.

We were treated to Jackson Brown amazing music, that touch everyone. Seth Green came next and talked for a bit.

More people followed as some with stay on stage and others would go back. At the end of the tribute, they all came back to sing Bob song "My dog lick my balls". Jim showed up through the crowd, dancing.

But it was as he probably would have wanted: a bunch of friends talking, jokes and a sea of laughter. 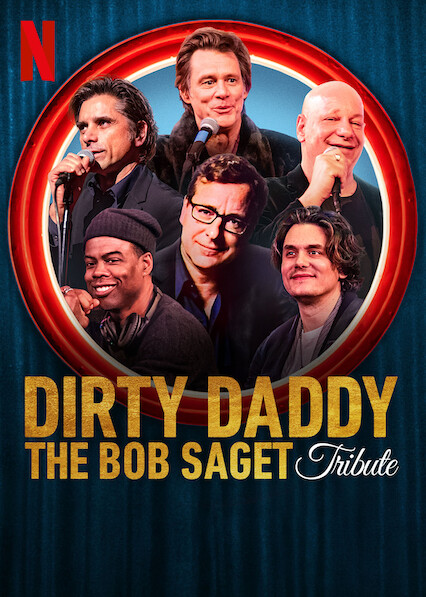