Many of you will know that Jim Carrey has been in New York the last months filming the familymovie "Mr. Popper's Penguins", in which he portrays a successful businessman who inherits six penguins.

But you might not know that whilst there, Jim was doubling up as a working artist based at Julian Schnabel's studio, where he rented space. Jim subsequently treated his Twitter followers to previews of his abstracts, where they were received very positively.

His mostly acrylic based pieces are expressive, highly kinetic in execution and include a self portrait as well as assorted word based paintings. He's said to be working on a very large piece which he hopes to reveal on his website JimCarrey.com, we can't wait! 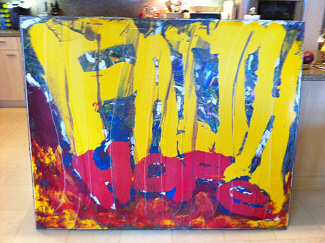 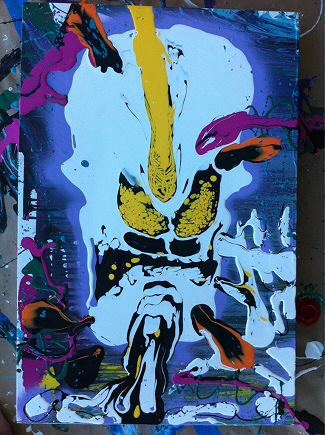 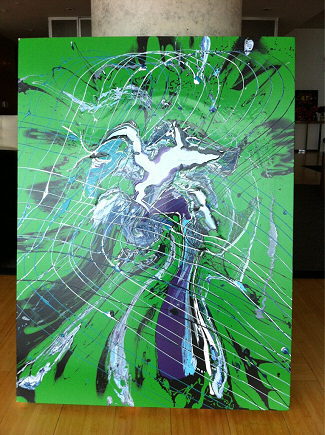 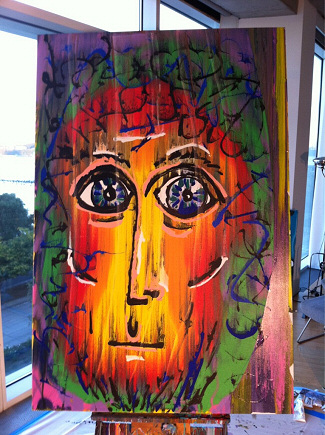 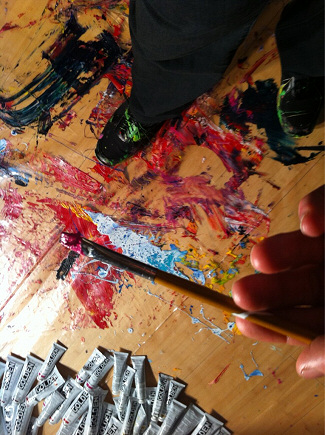 The artist at work © Jim Carrey