Jim Carrey is all set to experiment with his looks again and this time it is completely different and unique from his older characters.

He is wearing a long blonde hair wig with tattooes around his biceps and back of his neck and sporting a french beard! Though he is playing a rival magician of Steve Carell but, he is looking more like a rock star! He is also wearing a ring on his finger and black nail paint on his nails along with a black thick band around his wrist. He also has a freaky long knife in one of his pockets and a talisman like locket around his neck. His clothes are giving him a complete wild look! 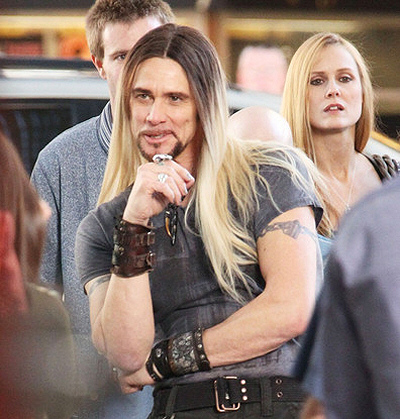 In "Burt Wonderstone" Jim Carrey will play Steve Haines, a "street magician" (in the vein of Criss Angel) who performs elaborate, impossible stunts. For example, his show "Steve Haines: Brain Rapist" features him being punched in the face, then producing the man's card from a cut in his bruised cheek.

Jim Carrey Online has uploaded 46 photos of Jim Carrey, Steve Carell and Steve Buscemi from the set in Las Vegas. All taken yesterday! Here are some of them: 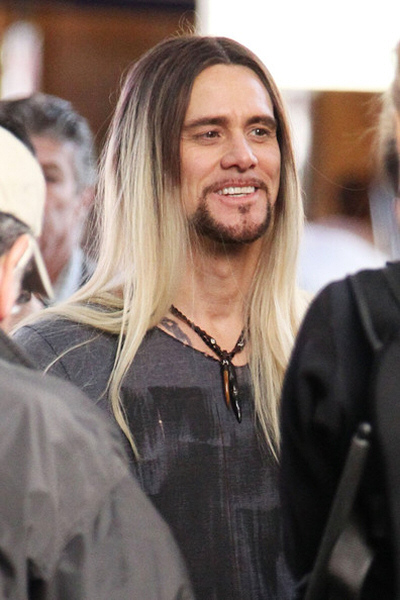 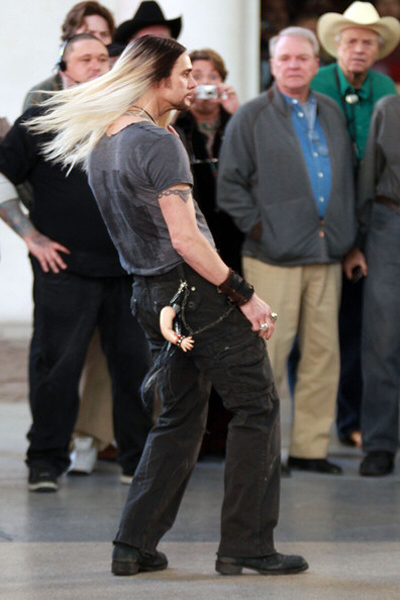 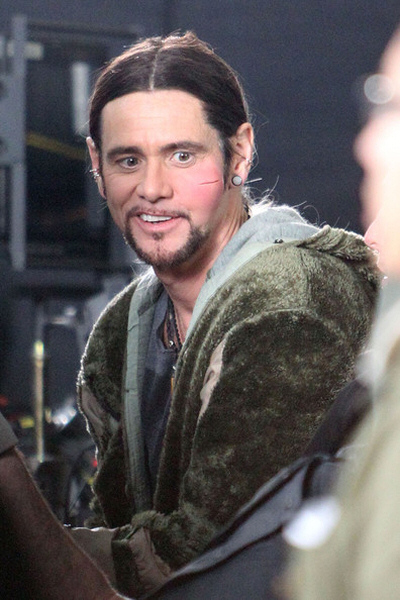