Whether fact or exaggerated rumor, ET Online reports that Jim Carrey is leaving the Dumb and Dumber sequel before cameras were supposed to roll this September. Carrey was in talks to reprise his role of Lloyd Christmas for the follow-up to the 1994 blockbuster, which is being written by Sean Anders and John Morris. According to the article, Carrey left the project over growing frustration over the lack of enthusiasm from Warner Bros. and New Line Cinema.

When being reached for comment, Carrey replied, "I would have thought "Dumb and Dumber To" was a no-brainer, after all it's implied in the title." Judging by the quote, it seems that the full title for the sequel is "Dumb and Dumber To". Last May, it was reported that Carrey left another comedy project "Pierre Pierre" to work out his filming schedule for the sequel. No word yet if there’s any change from either project. 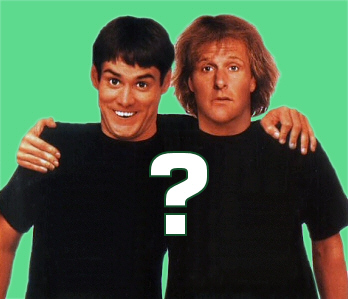