Don't expect Jim Carrey to take the talk show circuits this August to talk about "Kick-Ass 2" because he's seen the film and is offended by the film's violence. Over the weekend, he took to Twitter to express his outrage over the amount of violence seen in the film.

"I did Kickass a month b4 Sandy Hook and now in all good conscience I cannot support that level of violence. My apologies to others involve with the film. I am not ashamed of it but recent events have caused a change in my heart."

We know how Jim felt about gun violence after the tragic events of Aurora and Sandy Hook in 2012, which led to his stance on gun control earlier this year. He even put light to this issue last March with the release of his hit song "Cold Dead Hand" along with the video clip that premiered on FunnyOrDie.com. 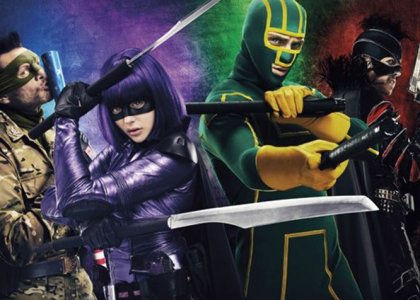 In response to Jim Carrey's tweets, the comic's creator and writer Mark Millar took to the Millarworld Forums and offer his two cents on his experience working with the actor on the project.

"Kick-Ass avoids the usual bloodless body-count of most big summer pictures and focuses instead of the CONSEQUENCES of violence, whether it's the ramifications for friends and family or, as we saw in the first movie, Kick-Ass spending six months in hospital after his first street altercation....Ultimately, this is his (Carrey's) decision, but I've never quite bought the notion that violence in fiction leads to violence in real-life any more than Harry Potter casting a spell creates more Boy Wizards in real-life."

"Jim, I love ya and I hope you reconsider for all the above points. You're amazing in this insanely fun picture and I'm very proud of what Jeff, Matthew and all the team have done here."