The world is blessed when there's so many people filled with talent that make this planet a better place. It's even more surprising when in one family, many talented people surface.

The Carrey family is one of those families.

Rita Carrey, Jim Carrey's sister has finished writting a book called "Growing Up Carrey" that will only get published next year.

But don't worry! You may get a gimpse of some of the stories she's gonna tell by seeing her live at the Flying Beaver Pubaret, Toronto, Canada, at 7 pm.

The show "RITA CARREY DUO: CARREY ON" with Doug Mundy will show life of singer, song writer, television and radio personality Rita Carrey. Big sister to the multi talented actor and comedian Jim Carrey she will entertain you with stories of Growing Up Carrey through humour and song." 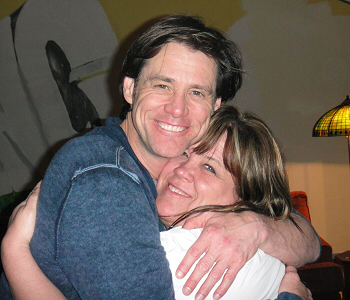 
Here's the link with more details on how you get the tickets, click here.

We are curious to read the book and we wish Rita all the lucky in the world.

We at JCO will also keep on update you as more Carrey's sparks shine.