On Wednesday evening, Jim Carrey arrived in London to promote his sequel "Dumb and Dumber To". He brought along his custom-made puppet of co-star Jeff Daniels. He also enjoyed having a wonderful dinner at Zuma restaurant and then took the puppet of Jeff's Harry Dunne character inside a red British telephone box. Jim and his puppet gasped at the racy advertisements inside the telephone box. He was looking awesome wearing blue coat and checked muffler. 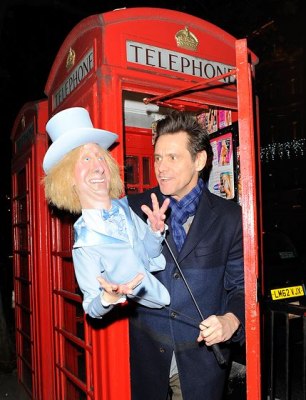 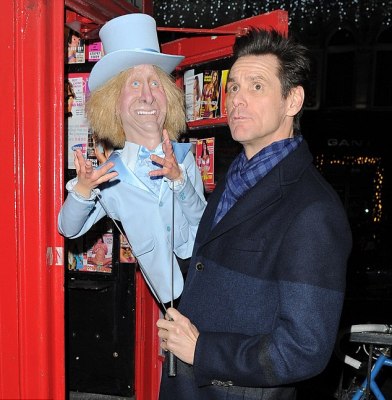 Jim Carrey was also seen being photographed with his fans. The reason why Jim made the puppet of Jeff was that he was filming his new movie "The Martian" and couldn't join Jim on the international press tour. 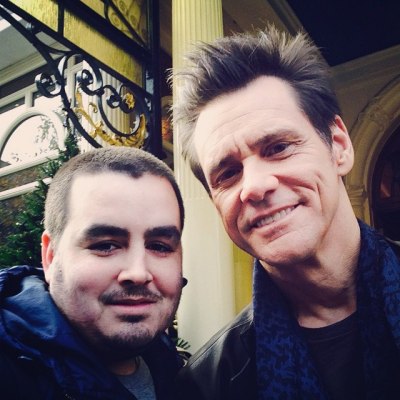 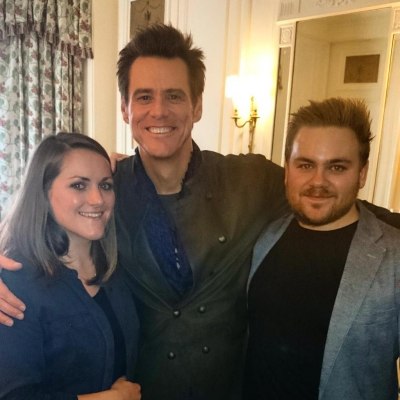 Today Jim Carrey and director Peter Farrelly had another photoshoot in London and talked with the press at the hotel. There are a lot of pictures uploaded on our website which you can check out in JCO Gallery, click here. 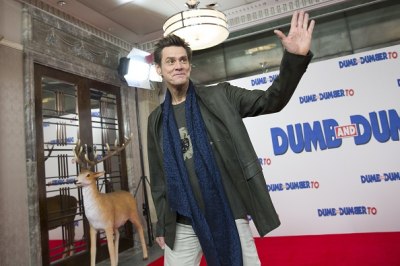 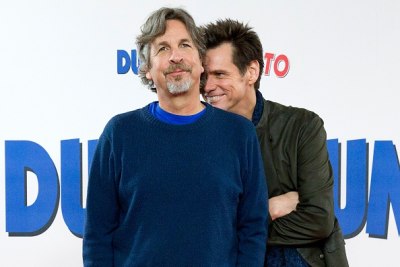