Here's some unexpected bit of movie news! Jim Carrey has reportedly signed on to star opposite Keanu Reeves on a new movie titled "The Bad Batch". It's unexpected because you never thought you would see a Jim Carrey movie with an action star like Reeves whose credits includes Speed, The Matrix Trilogy, and the recent John Wick. The few details about the plot:

A post-apocalyptic tale set in a Texas wasteland where a community of cannibals reside, "The Bad Batch" is described as a love story about a cannibal known as Miami Man (Jason Momoa) and his food. 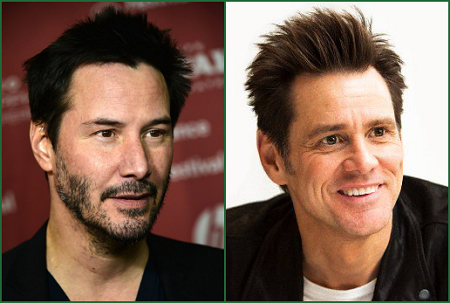 According to ComingSoon.net, the film is written and will be directed by Ana Lily Amirpour, who won a Gotham Award for Best Director for her debut feature A Girl Walks Home at Night. It's also being produced by Annapurna Pictures and VICE. The movie is described as "a dystopian love story set in a Texas wasteland where a community of cannibals resides."

Jim Carrey will play The Hermit, while Reeves will play The Dream. The article also reveals other cast of characters including Suki Waterhouse as Arlen, Jason Momoa as Miami Man, and Diego Luna as Jimmy.

Production will begin in April in Los Angeles as Annapurna International planning to sell the film at the Cannes Film Festival. We'll keep you updated as more news come.