Last night, the episode went online! Jim Carrey was the guess in Season 6 of the Jerry Seinfeld web series "Comedians In Cars Getting Coffee". You can watch the full interview below in this article!

The show opened with Jerry showing the cars he chose to pick Jim at his house. And man, what a car! It's a blue 1976 Lamborghini Countach. A beautiful and unique machine much like the guest of this episode.

The interview starts with Jerry calling Jim to let him know he picking him up for coffee. Jim seemed surprise that it was that day but exicted about it as well.

Jerry parks outside Jim's house and after busing in, Jim shows up... by climbing the house door! Literally! "Does the door works?" - Jerry asks; "Oh yeah it works!". Jim replied. 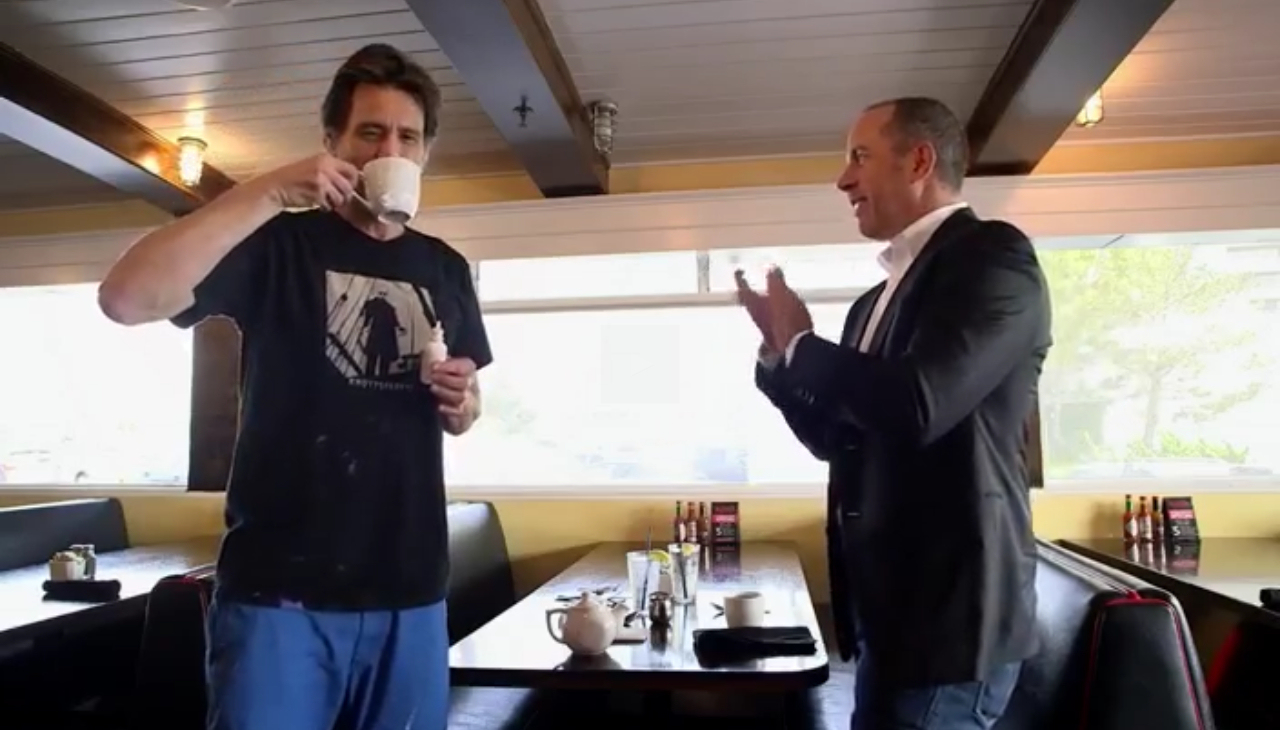 We knew this interview would be good and Jim and Jerry are not here to disappoint. After a joke about the car, they get set on their way. While on the car they discuss comedy and David Letterman. In a pure funny moment, Jim pretends to be stuck in the car: "Let me out!". He even plays with the camera that's stick outside the car to film and talk to another car driver while stuck on traffic.

It's still during the car ride that we are shown how Jim looked inside his house trying to climb the door. Another great laughtable moment.

We also got to know that Jim part in the most recent movie he shot, has no lines at all since he doesn't speak a word.

The chat continues untill they reach the marina where Jim has a hard time getting of the car and of course, jokes about it. And the humor cotinues throught out the path until they reach the coffee shop called "Killer Cafe".

Inside the cafe, Jim decided to put some the sweatner he brough with him to his tea, but he manages to find a new way of doing it by putting his feet on the chair and making the bottle really high and see if he can make the drops fall in the cup. Oh and they fall perfectly! 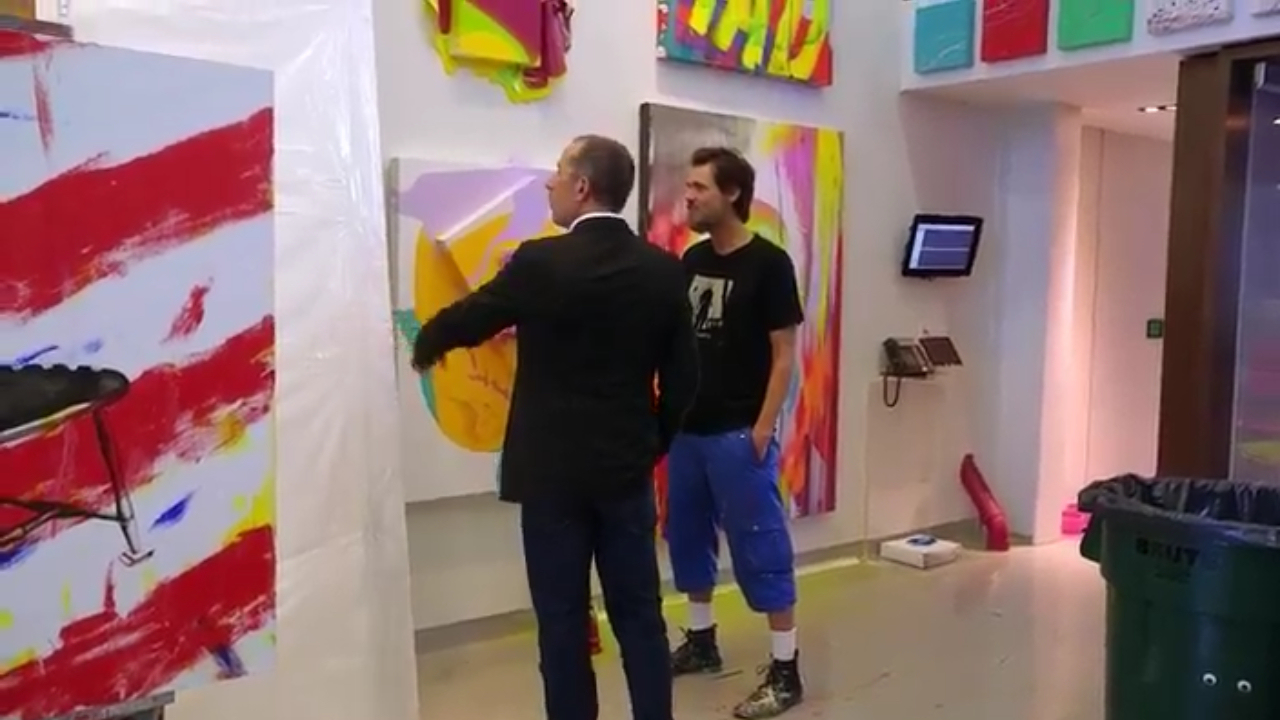 It's after this that Jim Carrey and Jerry discussing his past in stand up comedy. Jim also mention the movie "Man On The Moon" and Andy Kaufman and the fact that he scared Nicolas Cage with his eyes during the time he was doing that movie.

Again, he breaks his record by dropping sweatner in his tea cup, only this time the cup is on the floor.

After getting in the car again, for yet, another ride, Jim takes Jerry to his at studio. We get to see some of Jim's work... And it's beautiful! Many canvas done and we get to see the many paint tubes he has and he tells Jerry that he loves everything about painting.

At end Jim and Jerry spin around in two very unique chairs while Jim we heard Jim saying: "I could disappear from showbusiness forever and feel wonderfull about what I have done, what I've experienced, what I've been given but I'm always gratefull that weherever I go, somehow I did something that makes people brighten... and that is a wonderful thing somehow."

We also get to see Jim hug some fans and a woman in particulary, who was very friendly, while he and Jerry was at the dinner.

This was another amazing and heartfelt interview. We are so happy that they got together and make this and we hope to see more 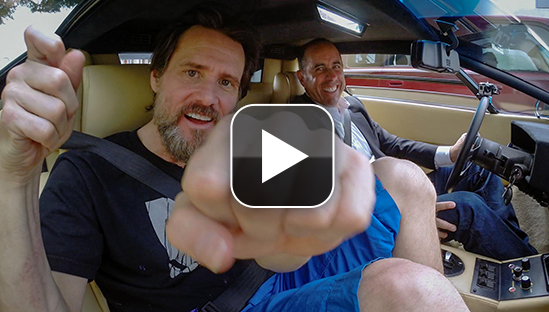