Unless you have done a Google search, you may not know that Jim Carrey was part of the TV series "In Living Color" back in the 90's. After that we just saw two participation in the shows "The Office" and "30 Rock".

With the booming of the quality of TV entertainment is no wonder so many invest in it.

Back in 2008 for HBO Jim Carrey was set to be executive producer of a pilot about a woman who inherits a comedy club in Los Angeles, but that project never came to light.

Now, eight years later according to Variety Showtime boss David Nevins is expected to make the announcement Tuesday at the cabler's Television Critics Assn. press tour presentation of a pilot he order to Jim Carrey for "I'm Dying Up Here," an hourlong project set in the 1970s comedy scene.

Carrey serves as an exec producer on the dark comedy along with former standup comedian Dave Flebotte who penned the pilot, which is based on William Knoedelseder's novel of the same name.

Exploring the famous Hollywood comedy clubs of the '70s - the golden age of L.A. comics when many of today's renowned comedians got their start - the pilot will delve into the inspired and damaged psyches that inhabit the hilarious, yet complex business of making an audience laugh.

"The 1970s L.A. comedy scene gave rise to some of the biggest and most influential performers of the last half-century," Nevins commented. "Who better than Jim Carrey and Dave Flebotte, who were both there, to tell the story of that special era along with the complicated and talented performers that dared to grab an open mic."

The pilot is set to shoot this fall. 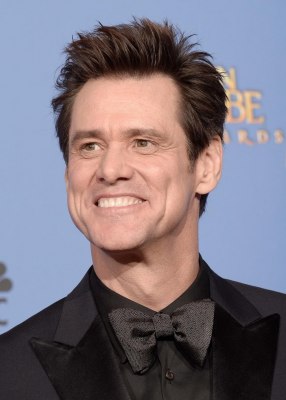 It would be great to see Jim Carrey back on TV and especially in a show about a time that both Jim and many other comedians know so well.

It could serve as a "behind-the-scenes" vibe into that world.

We are all very excited and hopefull that this pilot will come true.