Yesterday, September 6th, the premiere of the movie "The Bad Batch" at the Venice Film Festival, finally happened and many members of the media and movie critics were there and wrote reviews about it.

According to the majority of those reviews, the final opinion on the writer-director Any Lily Amirpour creative vision, has been very positive. Not only for transforming a "completely ridiculous premise - dystopian warfare in a sun-bleached desert filled with cannibals, a raving cult leader, desperate thieves and LSD - into a warm, at times even elegant salute to the transformative power of companionship.", but also for the visual aspect of the movie.

In her last project Amirpour, kept the movie in black and white and spoken in Farsi while this time we see color and English language even if there's isn't that much dialogue at all.

Suki Waterhouse, who plays the leading character Arlen, has been praised for her performance as well as Keanu Reeves and our truly Jim Carrey. 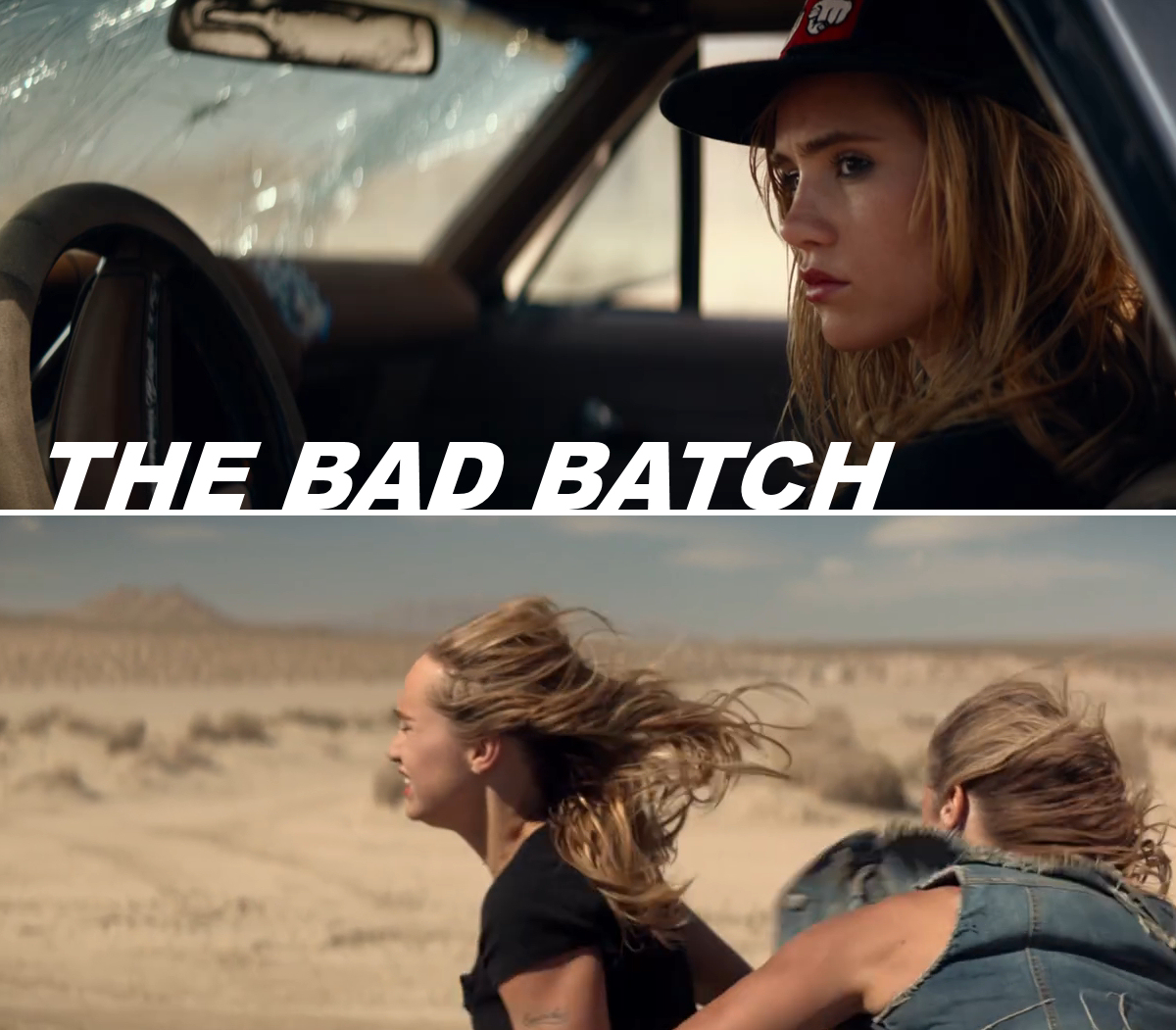 Jim has just a small part in "The Bad Batch" as we mention in a previous article, that last for 10 minutes total but who still surprise people who even had a hard time recognizing him.

"In only a handful of scenes without a single line of dialogue, Jim Carrey is virtually unrecognizable as a mute nomad pushing a shopping cart around the desert and shifting allegiances as he watches various dramas from afar. It's an amusing cameo that turns Carrey into a kind of grungy figure of slapstick." - Indiewire review.

If you want to read more reviews we have collected some for you here:
The Hollywood Reporter, The Playlist, Variety, The Film Stage, The Indiewire and The Huffington Post.

We are happy to know that movie is doing well and we hope it gets to the mass market soon.

We at JCO will continue to keep you updated as more news come.