The 73rd Venice Film Festival comes to a close this evening with their annual awards ceremony. The festival ran from August 31st through September 10th. It has been a very interesting week for us to follow, because Jim Carrey's new movie "The Bad Batch" had world premiere during the film festival and was in the official selection for the Golden Lion.

The ceremony has been shown online on their live stream today and has just ended. And there was a prize for the movie the Special Jury Prize!

This is so great for the movie and Ana Lily Amirpour, who is already travelled to Toronto where her movie is shown at the Toronto International Film Festival. Big congrats from Jim Carrey Online! 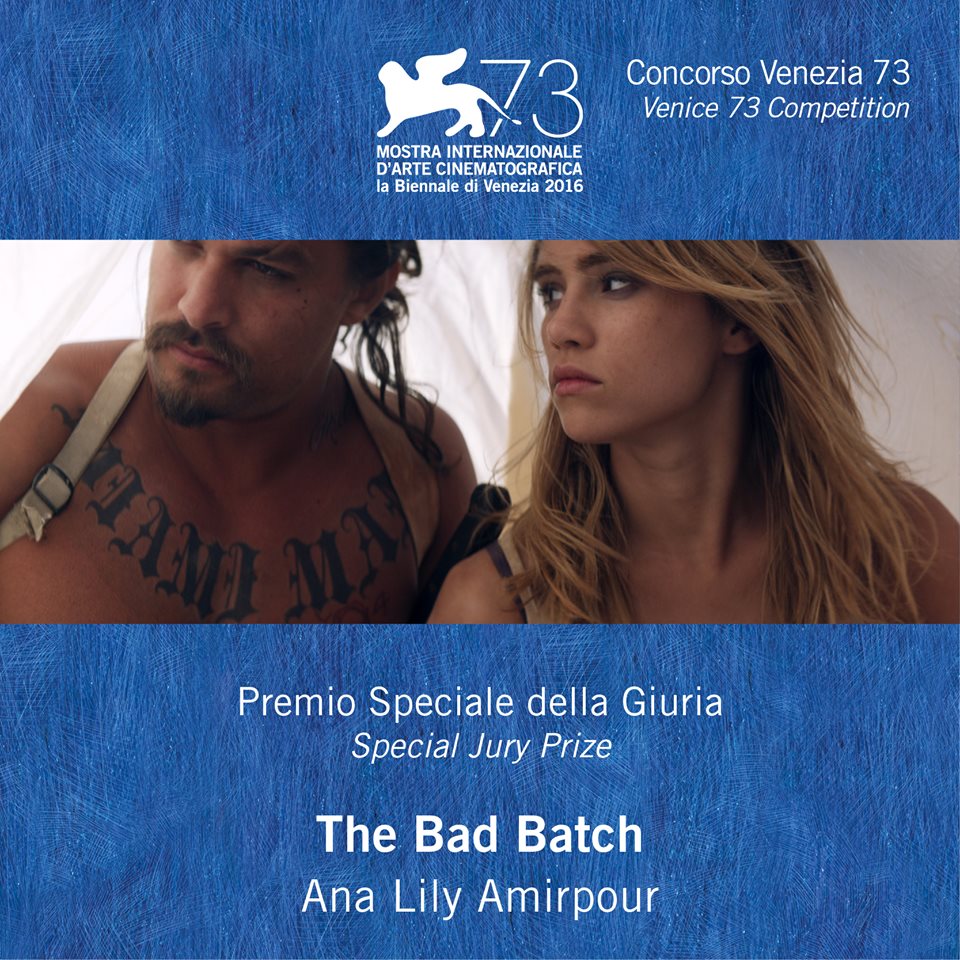