It's almost here! "Kidding" will premiere Sunday, February 9th! But the best part is that we will have two episodes a day. Here's the episode list and dates:

Episode 1 - February 9th
The Cleanest Liver in Columbus, Ohio
Jeff realizes that if he can tell a lie for the first time in his life he'll get everything he's ever wanted. Season premiere

Episode 2 - February 9th
Up, Down and Everything in Between
While Jill, Deirdre and Seb debate over who is to blame for Jeff's recent behavior, Jeff finds himself in the real-world version of Pickle Barrel Falls.

Episode 3 - February 16th
I'm Listening
Jeff has an idea for how he can speak directly to the children of the world while Seb hands over the reins of the Pickle empire to Deirdre. After finding a book of magic spells, Will finds himself face to face with the past.

Episode 4 - February 16th
I Wonder What Grass Tastes Like
After realizing that he might not have any real friends, Jeff makes a new best friend. Deirdre tries to get Puppet Time back on the air. 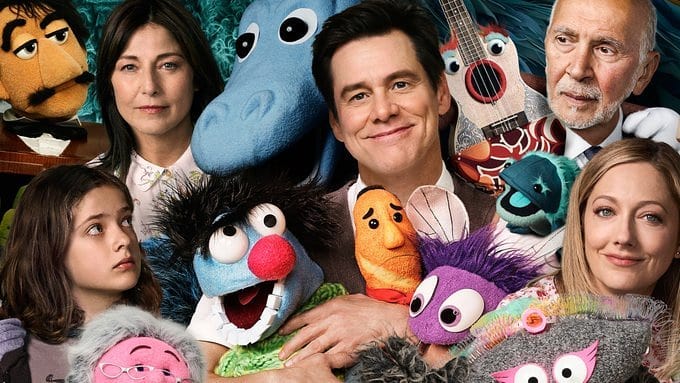 Episode 6 - February 23th
The Death of Fil
After an international incident, Jeff, Deirdre, Will and Seb attend a funeral at sea.

Episode 7 - March 1st
The Acceptance Speech
Deirdre deals with a medical issue while attending Jeff's Lifetime Achievement Award ceremony. Jeff tries to be anyone but himself. Seb meets someone old and someone new.

Episode 8 - March 1st
A Seat on the Rocket
Jeff decides to start a new Pickles family while Deirdre tries to get some good PR for the show.

Episode 9 - March 8th
The Nightingale Pledge
Jeff learns the safest place for him is far away from everyone. Will talks to a mysterious visitor at his school. With Maddy's help, Deirdre gets a win for the show.

Episode 10 - March 8th
The Puppet Dalai Lama
Jill asks Jeff a question he isn't sure if he can answer. Season finale.

This will be a very interesting season. We at JCO will keep you updated as more news come.