We are as surprised as you. This summer, both in June and August Jim Carrey launched his first NFTs on the SuperRare website. But without anyone knowing Jim had actually done NFTs for a different platform, but this time under an alias.

On May 8th of this year, he dropped a collection of NFTs called "Germinations" on the Foundation website, under an alias name called "String Bean". Jim has a Twitter account for that alias, were he will promote the NFTs. The truth came out recently via Big Head Club, the Web3 studio behind the NFTs.

"We were trying to play with the audience," explained Mack Flavelle, CEO of Big Head Club, in an interview with nft now. "You're literally looking at Jim Carrey's face. You're hearing Jim Carrey narrate [these paintings]. And you don't know that it's Jim Carrey. That was part of the play. And it worked. They are literally the voices inside his head. They are different characters that he hears. So, when you look at them, realize that every one of them is him painting himself. They're all autobiographical paintings. They're just isms of him."

"He has an imperative, a need to create," Flavelle said of Carrey. "He has a need to produce art. And this new medium became really interesting to him. [With NFTs], there were some new and interesting things happening in art that weren't in his purview before. He's a very talented painter. But animation in painting isn't something he'd seen before."

The idea to use an alias was from the CEO: "We started to talk about how boring it is that Jim Carrey makes art and nobody looks at the art. All they do is focus on the fact that a celebrity made it. I asked [Carrey] if he had heard of the Washington DC subway experiment. I was like, let's play with that. Let's explore you doing art."

He was referring to a 2007 experiment in which world-famous conductor and violinist Joshua Bell anonymously played the first movement of Bach's Violin Concerto at Union Station in Washing D.C. for passersby during morning rush hour.

They promote the arts without revealing that Jim was behind it to see what the reaction would be:
"We just left it there. With his picture on every painting, with his voice on every single piece. We got featured on Foundation so that we could make sure a ton of people saw these. If nobody knew it was Jim Carrey but nobody saw the art, that wouldn't be a cool story."

The two left subtle hints and clues to Carrey's identity on both String Bean's Twitter account and bio page on Foundation.

"Jim Was Here"
According to them, they felt it was time now for people to know that String Bean is Jim Carrey and that Jim is excited about it.

"There's more coming from String Bean. This is not the end. It's a beginning. I don't know that we'll explore [these new ideas] as Jim Carrey. I think 'Jim Carrey' might expire and String Bean might be all that is left. I think the acid of reality has dissolved that which is Jim Carrey, the artist, and what remains is String Bean. That need to create is deep inside him. And that's not only a compliment. It's the blessing and the curse. He is obsessed with the work. And most people I work with are not."

Jim also sent a statement talking about his new alias:
"My full name is Jim Eugene Carrey. Growing up, people called me Jimmy-Gene The String Bean because of my long thin, and abnormally flexible physique. People try to define and differentiate each other in many ways, some endearing and some not so [endearing] - but we aren't separate. Every character we meet is a different side of the same precious diamond. I try to find all those characters inside me. Someday, I may release the vocal and facial character study videos this group of NFTs are based upon. I enjoy using original methods that don't have a clear category yet…for better or worse."

The collection Germinations included five animated paintings. To create the NFTs, Carrey recorded short videos of himself in character, froze the videos, and constructed paintings from those video stills. He then provided the visuals and the audio to the Big Head Club team, which then animated the paintings.


Each show a different character: 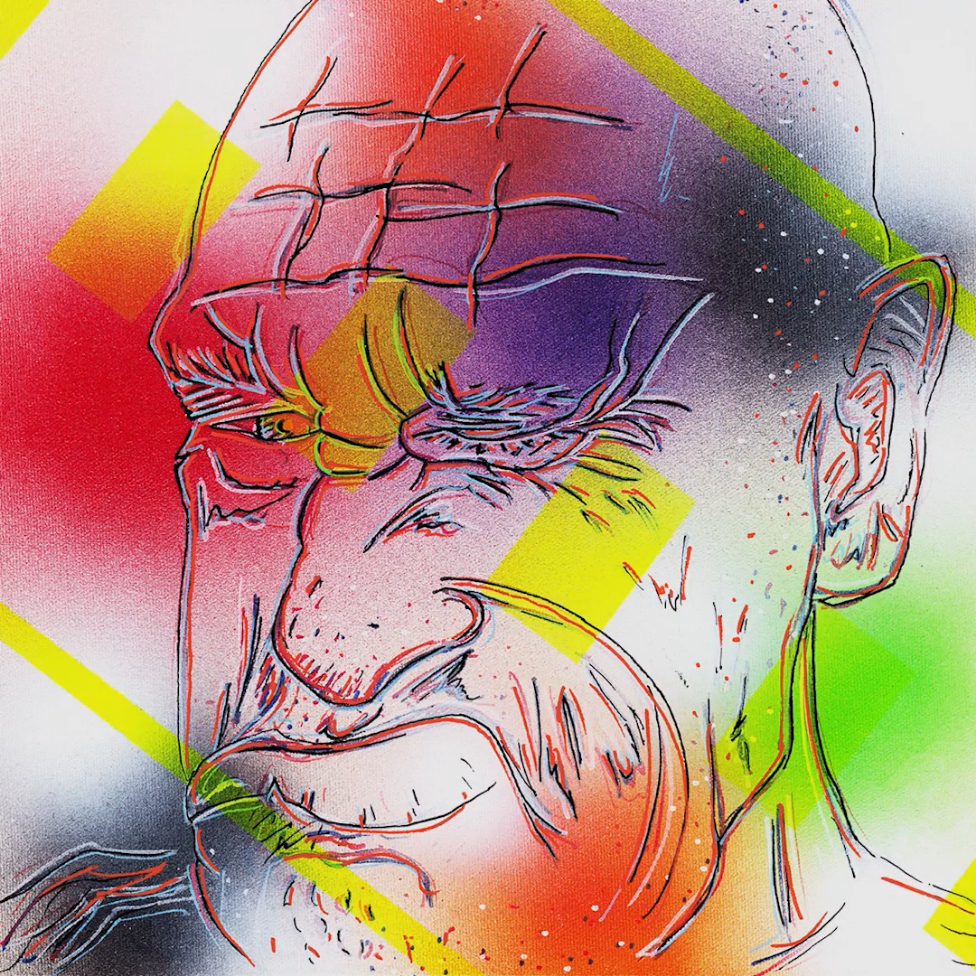 Wince
Makes you wish you died in your sleep 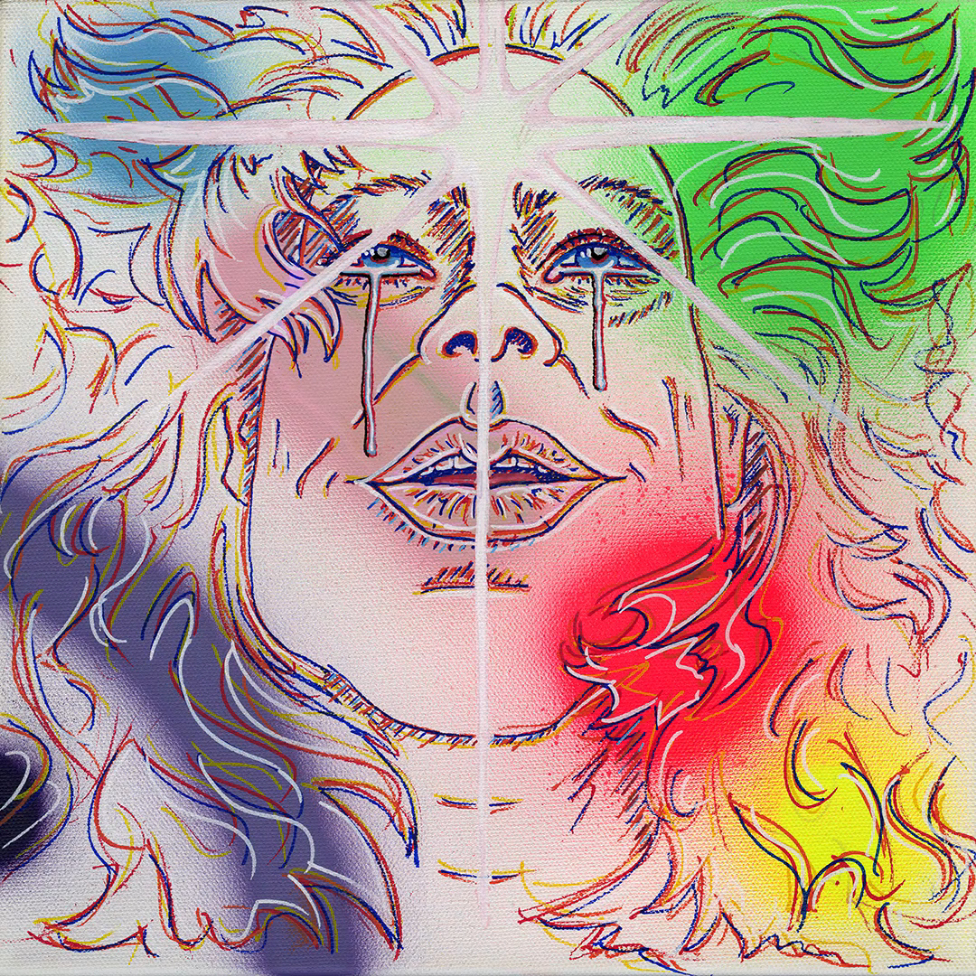 Sweet Surrender
To be loved 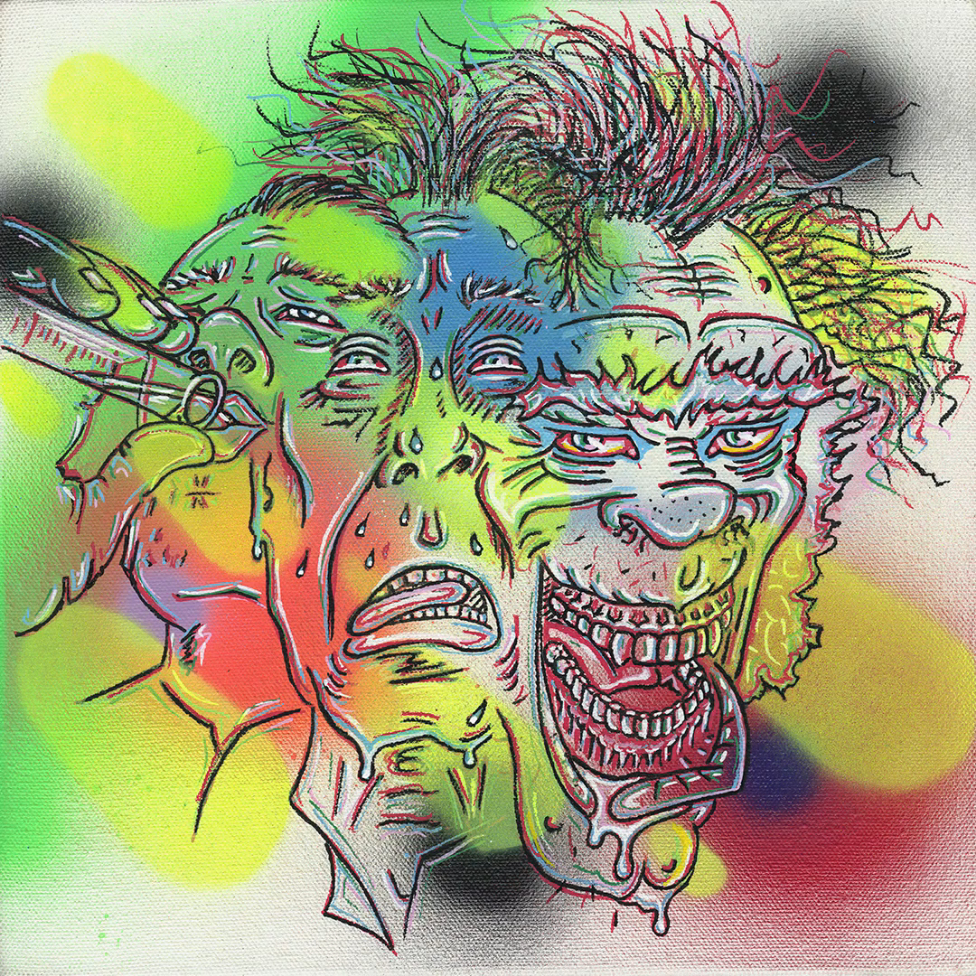 The Chemist
No description 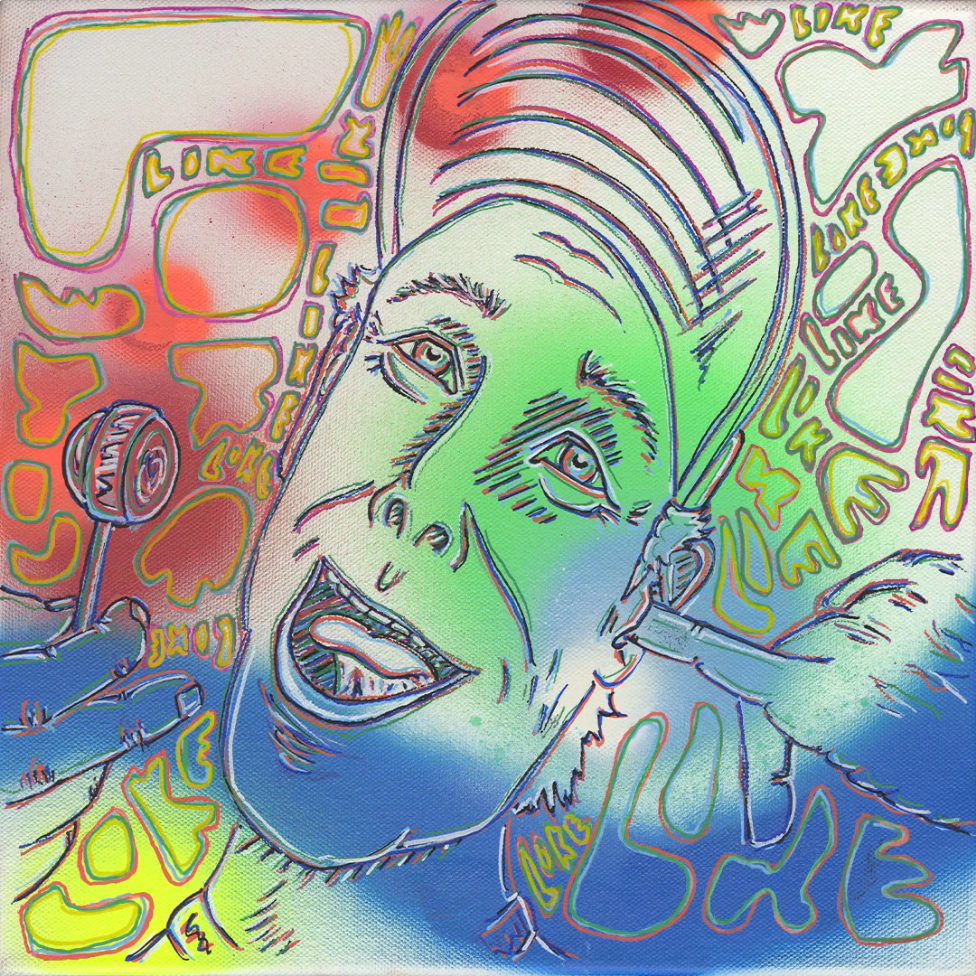 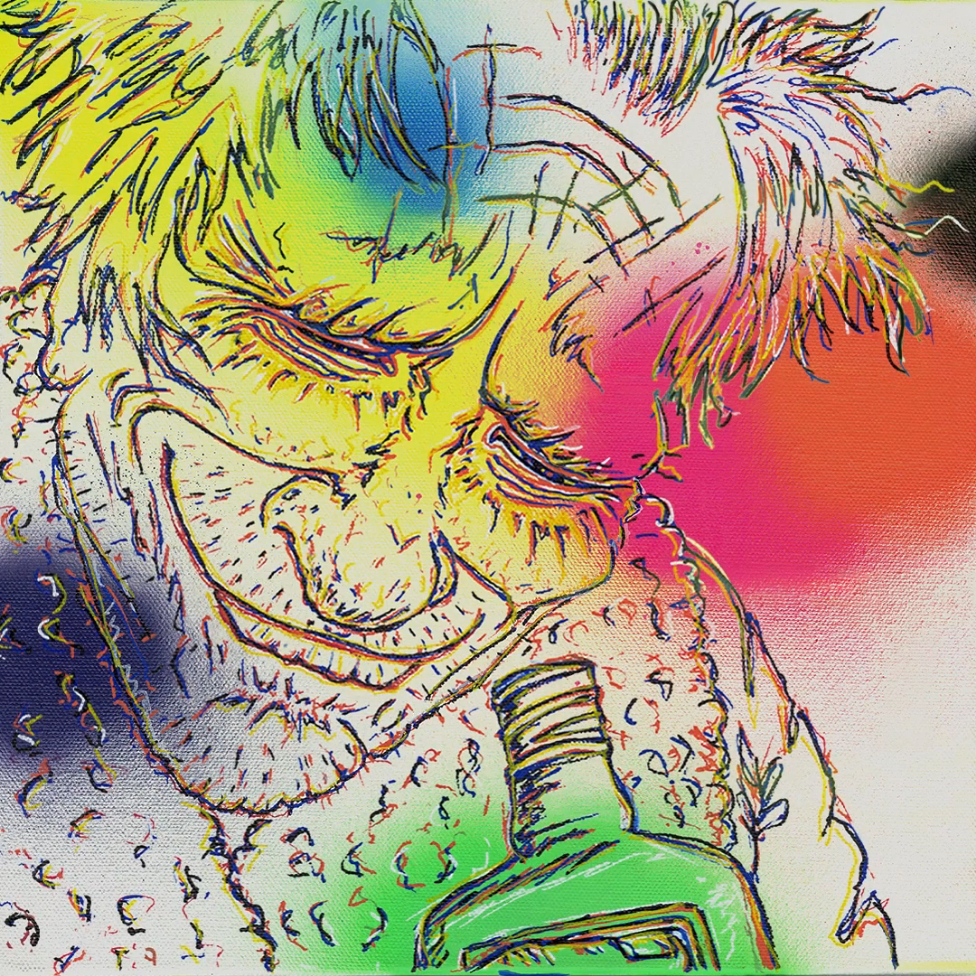 The Bottles that Empty Me
Memories can be your worst enemy, "Vandals that will not relent"

We are so happy and excited for more art from Jim Carrey!