There is now less than a week to the release date to Jim Carrey's new comedy "The Incredible Burt Wonderstone". The other day Jim Carrey and the cast attended the world premiere at SXSW Film Festival, and the movie got many good reviews.

The next week is going to be exciting. Jim Carrey will be on many talkshows and also his co-stars Steve Carell, Olivia Wilde and Steve Buscemi.

Be sure to check Jim on 'Inside Comedy' tomorrow, Wednesday he will be on 'Late Show with David Letterman' and Thursday he will talk about "The Incredible Burt Wonderstone" on 'Good Morning America'. Full list below. 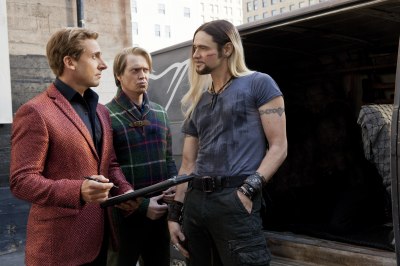 
Some appearances you may want to watch: