Michael Moore is an American documentary filmmaker who's movies and opinions about politics are very well known. He has his own show 'Michael More on Broadway - The Terms of My Surrender' and invites many people for a talk.

Jim Carrey was recently one of the guests. But before that Michael went live on his Facebook and had a chat with Jim.

Michael Moore is in the video introducing Jim Carrey, and we see Jim laying his head on Michael shoulder making a joke about it.

They chit chat about Jim being a surprise guest on his show and Jim is playful as ever and goes: "Do I have to come out of the cake?" - "You do have to dance, but you don't have to sing." - Moore replied.

They discussed crazy neighbours and afterwards Jim shows some of his paintings. Including one that he hadn't share yet. All the painting are about Trump and the current political situation in the country regarding that. 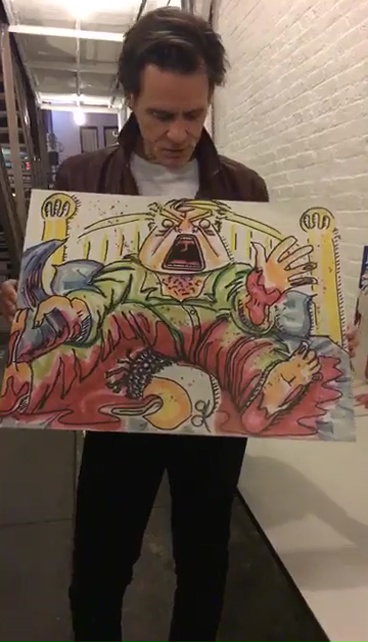 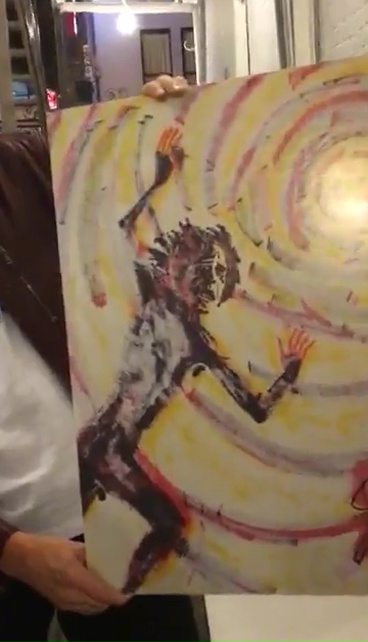 He shows a beautiful painting called "Red, white and blues", that according to Jim is a self-portrait after the election results and another one called "Exposed to the elements" he made, on the plane, on his way over to the show.

Jim talks about how everything is linked and his own beliefs about it and how he remembers the feeling of being in U.S.A. without documents (being official citizen): "It's not a good feeling thinking 'I'm an artist. If I say the wrong, if I do the wrong thing, I'm not only in trouble, I'm out. My dream is over…(…)'"

After that Jim mention how much he love Michael Moore and they discuss the issues of violence and anger that have happened.

You can check the video here: