If you thought the backstage video conversation between Michael Moore and Jim Carrey, was good… that's nothing compare to the conversation they shared on stage at Michael Moore's show "The Terms of My Surrender" last Thursday.

The chat lasted for 30 minutes and the political situation of the country, was the main theme. Jim shared how he has deal with difficulties:
"There's a virtue in hopelessness. I'm not kidding. You're off the hook and you don't have to worry about what's coming. 'Okay, the world freaking ended. That's great. Now what?' Give up! Surrender to the idea that things are bad and yet still, from 3,000 feet up, we don't matter. Things are happening and we're going to happen along with them whether we like it or not. But we don't matter. … Once you lose yourself, you're pretty okay. Just get you out of the way." 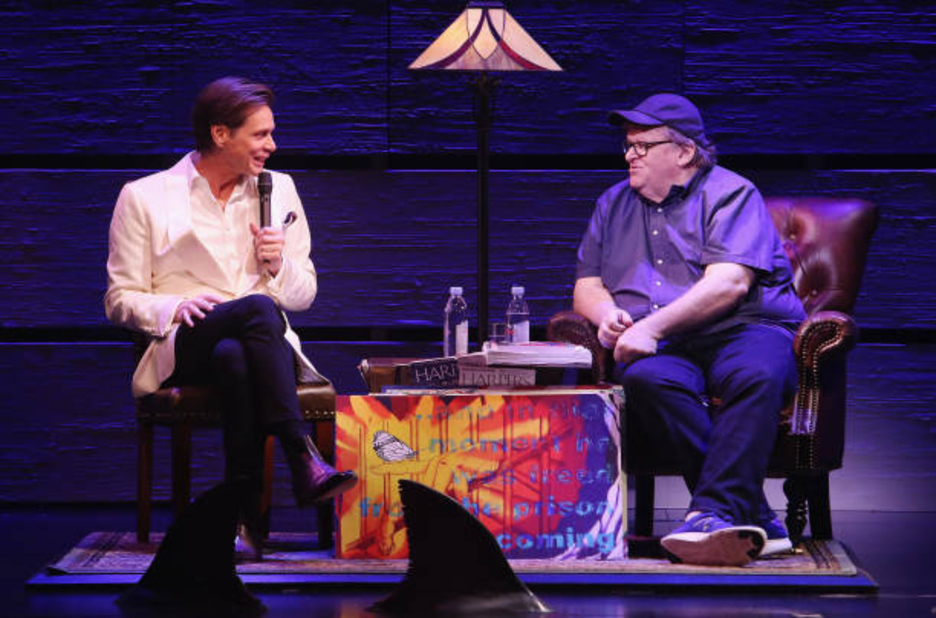 Jim explained to the audience how he deal with his own pain in the past:
"We're all so afraid of the river of tears," He explaining that like many, he had avoided his problems in the past with "food and sex and noise and gadgets. The fact is, going down the river of sorrow and suffering is the way to freedom. I've gone through it and I'm telling you, you don't survive it. You don't come out of it on the other side. You might come out of it with a body, but there's no you attached to it. It's tough to be yourself if you don't have a self."

"Know that no matter what happens, this is not who you are. You choose the part you want to play in this life. I want to be a good guy. I want to do good things. I want to make people happy and I want to help out when I can. So you do what you need to do."

It's so important for us to grow as people and we can defiantly tell that Jim has grown to be an even better human being. Some people show take notes and learn the lession that he, and many more, have to teach. 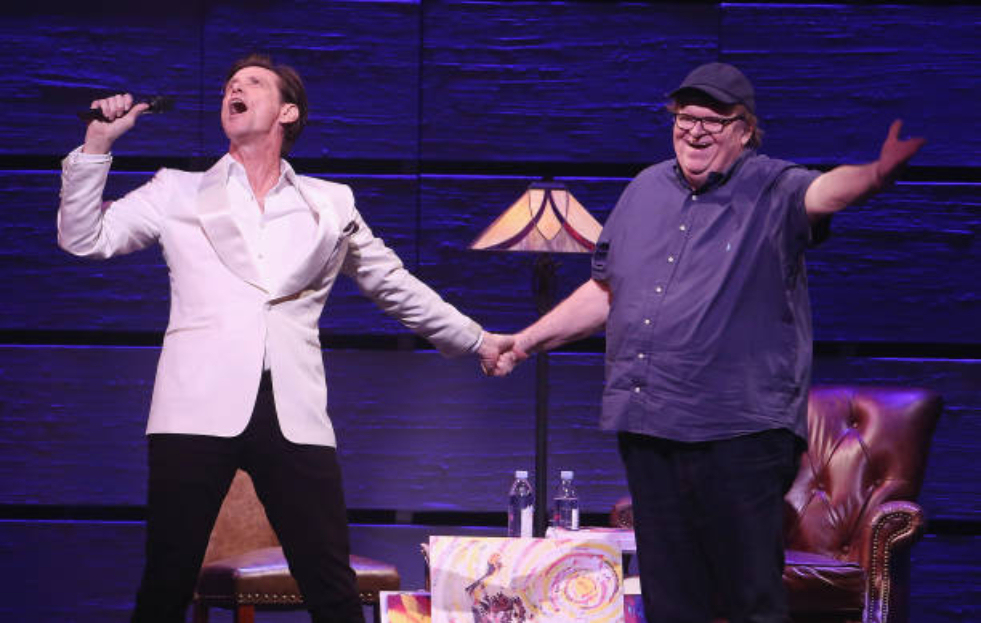 At the end of the 140 minutes long show Jim Carrey laid into President Trump, claiming the 71 year old former Celebrity Apprentice host deceived working-class voters into thinking he wasn't a member of the 'elite' group he had so aggressively attacked during his campaign:
"They say that the best trick the devil ever did was convincing people that he didn't exist, but I think the best trick was convincing 40 percent of this country that this truffle pig who spends half of his presidency gargling caviar behind the wheel of a golf cart isn't the elite," Carrey said. "He has a golden f-- apartment. It's just incredible."

"How does he do that with a baseball cap?" Carrey asked. "I used to think Clark Kent's disguise was flimsy. 'Dude you're Superman, you're busting out of the suit, it's obvious!' Trump makes that look intricate."

Jim also criticized what he called "a war on intelligence and discernment in this country," saying that people are "made to feel guilty for being smart." 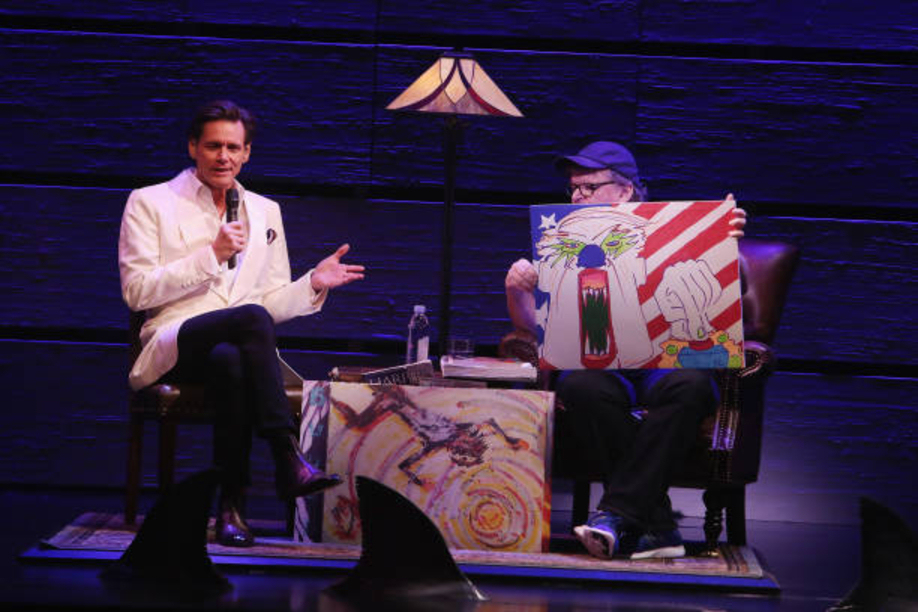 Jim said that he hopes both Trump supporters and critics find a way to understand one another moving forward as "every person is to be cared about and thought of as precious, including the people that don't agree with us."

We at JCO proudly continue to keep you updated as more news come. 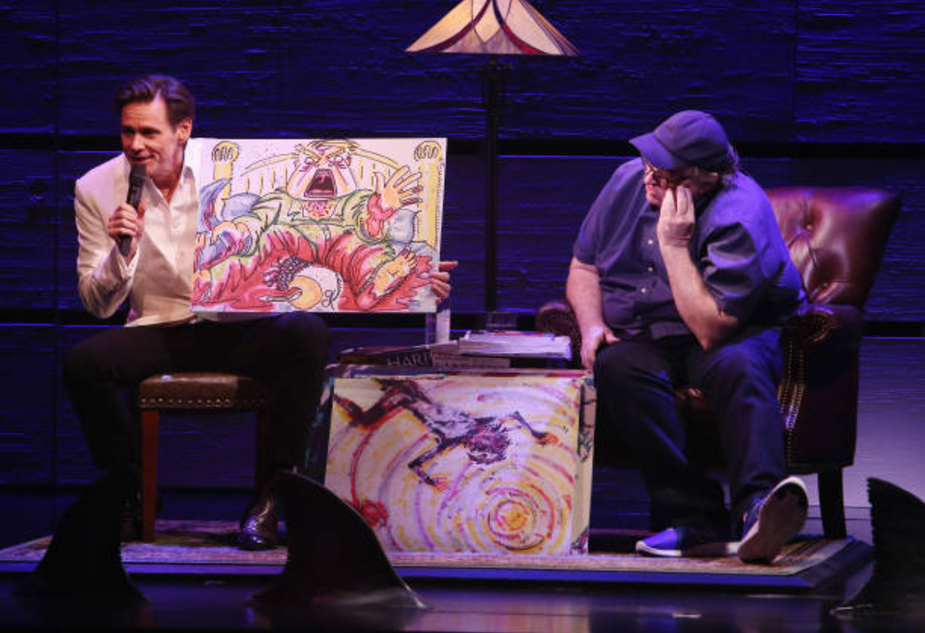 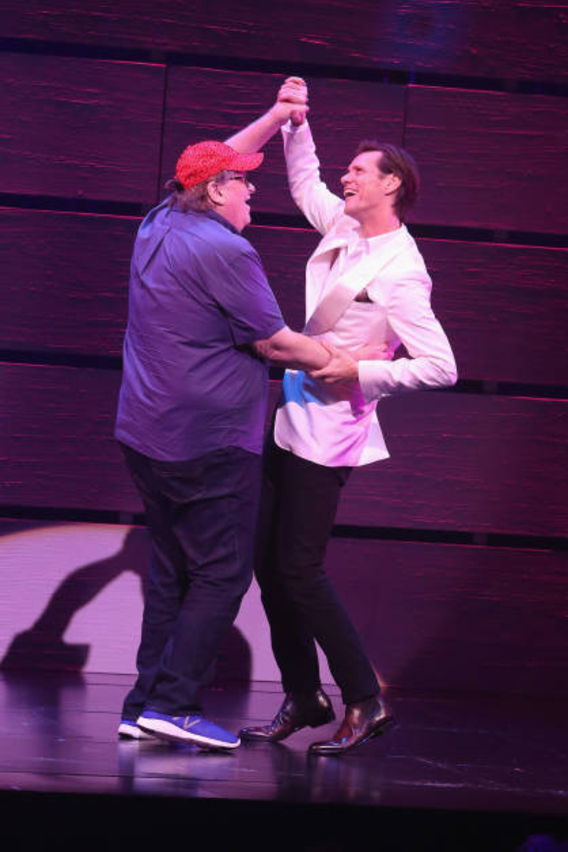