One of the most known Comedy Clubs in the USA – we dare say world – is “The Comedy Store”. Now we get to see a brand new documentary series.

Many comedians started their careers on that stage and have become known worldwide after getting they breakthrough, doing stand up comedy. Jim Carrey, was one of many, that includes, Robin Williams, David Letterman, Whoopi Goldberg and many more…

Showtime has released a trailer and poster for their documentary series, divided in 5 episodes, dedicated to “The Comedy Store”, featuring interviews of many comedians, including Jim Carrey. The trailer also has some old footage of Jim Carrey performing on the Comedy Store stage. Count on Jim to describe the club in cosmic terms: “This was a beam to infinite space.”

Check out the trailer: 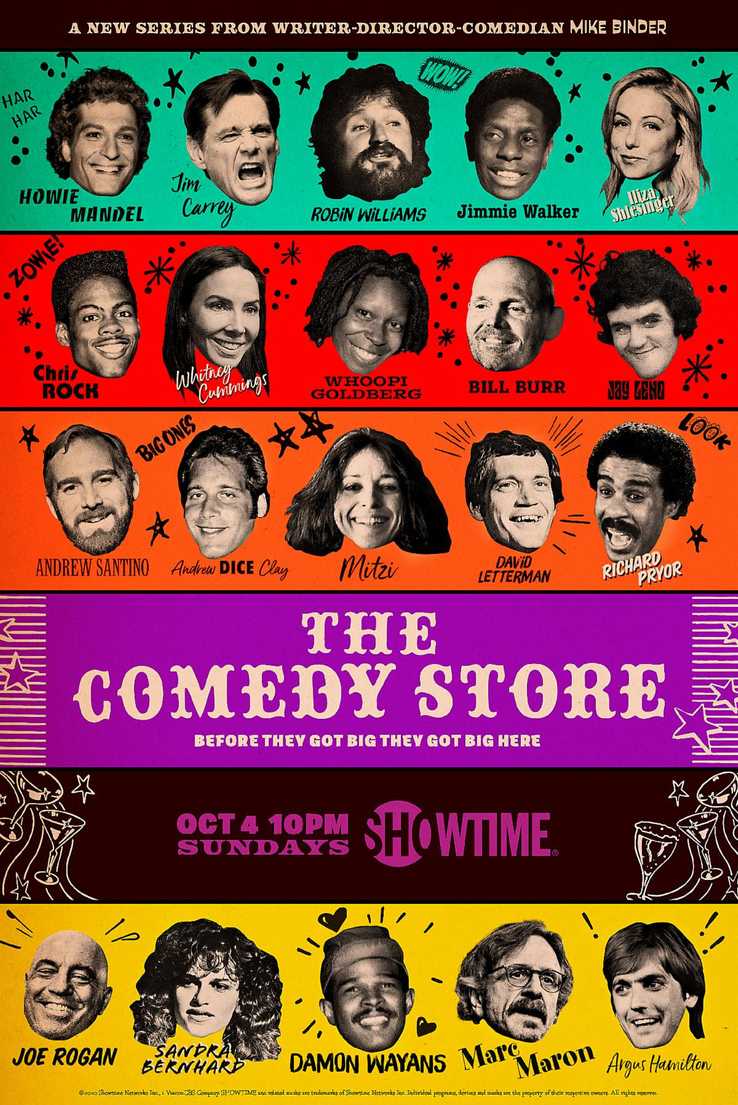 We can’t wait to see it! We are glad a tribute to the history of this club is finally being done.