In another amazing interview Jim Carrey went to the british Russell Howard Hour to promote "Sonic the Hedgehog".

Wearing all black clothes Jim is laying down in the hall near the door where the interview will be held. Russell goes to Jim to wake him up before they walk into the room.

They talk about playing Robotnik and dressing up and not only Jim loves it but it has been something that allow other to dress up too:

"I've been lucky enough to do a couple of characters through time that have reintroduced themselves to new generations, you know, like the Grinch and Ace and stuff like that. One Halloween right after the Mask hit and it became a big deal everybody was dressing up as the Masks so I put on one of those rubber mask versions of the Mask and I answered the door and gave out candy and kids had no idea that they were actually being given candy from the real man." 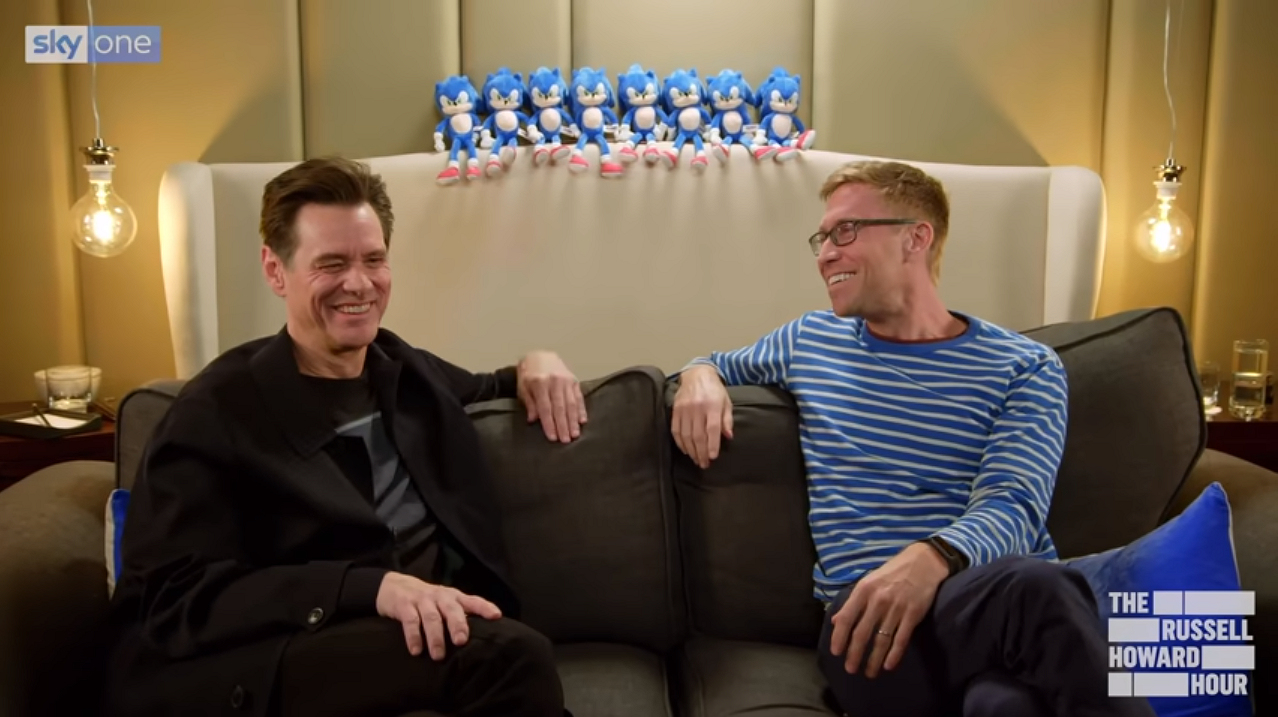 They talked about Bucket list and when Russell asked what's in Jim's he says: "Pretty much just to burst into a ball of light."

He was also asked how he entertain himself as a kid: "I was an odd kid because you couldn't punish me because if I went in my room I was just happy. I just created a world in there man it was fantastic. I had legal pads of this is what the meaning of the universe is and I was doing comedy routines putting stuff together for the next time you know a human being cross the threshold of our house."

He also talks about his creative state at the moment: "I've entered this area of my life were just creativity's just flown over the edges in every direction. I've got television show I'm producing and starring in and I've got Robotnik I've got a book coming out it's a crazy it's called Jim Carrey "Memoirs and Misinformation", basically nothing in the novel is real and everything is true so it's basically total absurdity but it represents my inner life exactly."

Check out the full interview here: